President Donald Trump flew into the Lehigh Valley on Thursday, May 14, to visit a medical supply distributor and make a major announcement about the national supply of PPE. People from across Pennsylvania congregated on his route to greet him and protest his arrival.  As WLVR’s Tyler Pratt reports, for many who gathered, whether or not to wear a mask was a political decision.

Terry Keeler, along with hundreds of others gathered on Industrial Boulevard in Allentown. They had Trump signs, waved flags, and sported red, white and blue to see the President’s motorcade.

“Oh, we love President Trump. We support him, we’re from Montgomery County, Pennsylvania. We’re going to be closed for forever, we need Trump so bad to come and rescue us,’ said Keeler.

“Keeler’s friend Terry Hoagland grabbed her and kissed her on the cheek.”

“We hug, we’re hanging out together, we’re not social distancing. We’re not wearing masks and none of us have gotten sick,” said Hoagland.

Hardly anyone wore masks at the Trump welcome rally. Many said they didn’t believe the science, or the media, on risk of the virus. Others like Debbie Lee, quoted medical professionals as saying, they don’t need masks, and getting outside is part of the cure.

Some people drank alcohol openly, and a few smoked joints. Families had picnics. And when Trump drove by the crowd went wild.

Across town, at a Trump protest, it was a very different mood. It was organized by Road Action in Pennsylvania, which advocates for working-class Latinos and other communities of color – who’ve been hard hit by the virus in the Valley.

“We’re here because we’re not ready to reopen yet…it’s not fair for anybody. We need to have our communities healthy and out of dangerous situations.”

Mirna Gonzalez and about 100 other people, all in masks, were part of a self-proclaimed “mobile cemetery” earlier in the day. It was a social distance protest — people stayed in their cars, which were covered with signs, and drove to the airport to meet Trump when he landed.

Jen, who only gave her first name, had a cardboard tombstone on top of her car. She said the protest was a memorial for the tens of thousands of people who’ve died from COVID-19 in the U.S.

“We want to protest Trump – we don’t believe he has done anything to help with this virus. We don’t feel like he should be greeted with open arms when he is trying to open our state and counties without listening to science.”

Jen says her sister-in-law is an ER nurse and that’s shaped her views on the impact of the pandemic.

“She sees first hand everything that’s happening. It’s very sobering when you hear that. Because things seem kind of normal around here. We don’t see people dying, our neighbors dying. But they are.”

In all the president spent about two hours in the Lehigh Valley. Protesters and supporters lingered along his path for hours. All day cars honked for Trump and in opposition. And with all the disagreement, one thing seemed clear. In the Lehigh Valley, people may be ready for normal life to resume. But there’s a deep divide on how, and when, that should happen. 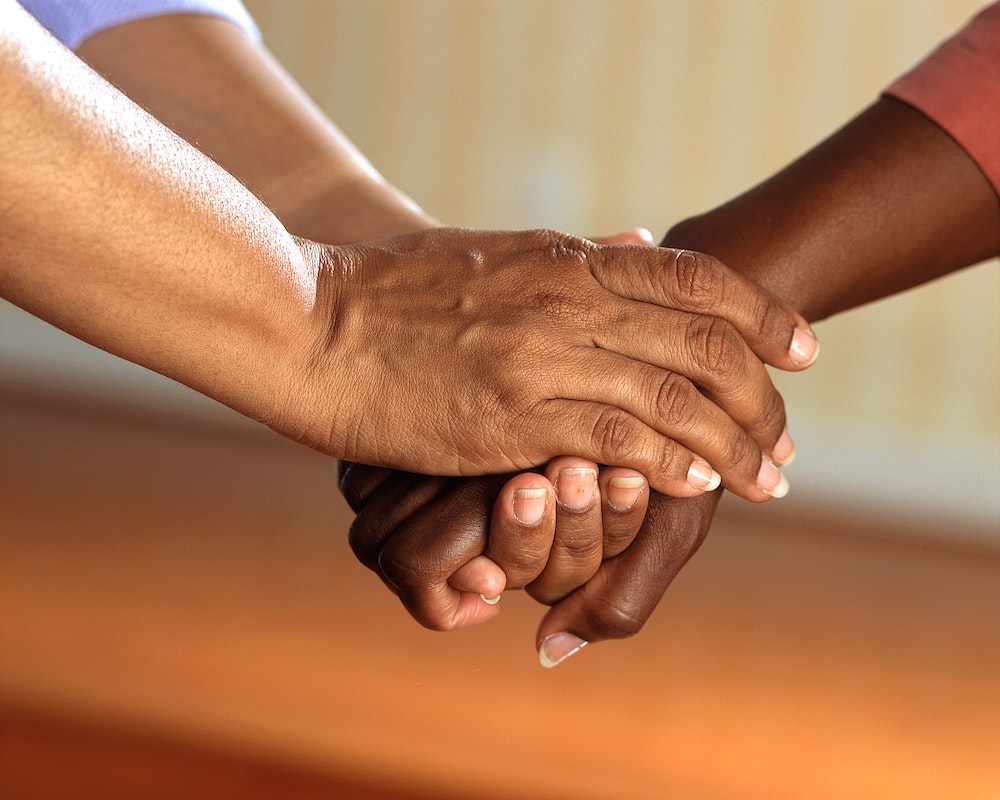