Erie’s mayor said Monday that city officials identified the police officer seen on video striking a protester over the weekend, but they declined to publicly name him.

The news conference came in response to a video posted to social media over the weekend showing an officer kicking a woman who was sitting on the ground.

“The actions of the police officer and some of the rioters were wrong,” said Erie Mayor Joe Schember, “and do not reflect who we are in Erie.”
Multiple videos posted to social media show a woman sitting in the street, her hands over her face, and an officer kicking her to the ground. The woman was later identified as 21-year-old Erie resident Hannah Silbaugh.

Silbaugh said she chose not to comply with police officers’ orders to move, but she said she was peaceful the entire night.

Police said a peaceful demonstration began around 6 p.m. Saturday in the city of about 96,000 people. Protesters organized the event in response to the death of George Floyd, the Minneapolis man who died after a police officer kept his knee on his neck for more than 8 minutes.

Other people, who the mayor said were “there to create chaos,” overtook the event around 9 p.m., using fireworks, bricks and other objects to threaten police.

Spizarny said the officer seen on video striking Silbaugh will be investigated by the department’s internal affairs inspector. There’s no timeline to complete that investigation.

In interviews after Monday’s news conference, Schember said the officer in the video identified himself to the chief on Sunday morning.

“My understanding is he feels badly about what happened,” Schember said. “But it’s going to be investigated, and we’ll take appropriate action.”

Spizarny provided additional details, although the police chief, unlike the mayor, declined to say whether or not the officer regretted his actions.

“When he woke up Sunday and realized that there was a video of this incident, he came into me immediately to identify himself, because at that point we did not know who it was,” Spizarny said.

“And I’m going to keep those details quiet at the moment and let the internal affairs investigator deal with that,” Spizarny said.

Schember said he wasn’t sure what kind of disciplinary action the officer could face, but he suggested a suspension was possible. Usually, after an internal affairs investigation, the chief decides whether or not any discipline is appropriate.

While the officer remains on duty, Spizarny said  “he’s not out in the public.”

Schember said he wasn’t aware of any other officers under investigation. And Spizarny defended the actions of the more than 100 officers who responded from the department.

Police said at least a dozen officers suffered injuries while responding to the protest Saturday. Medics on scene provided treatment, and they did not need to go to the hospital, Spizarny said.

Schember said the city is creating a grant program to help businesses damaged during the protest. Each business can receive $1,000, Schember said.

“It’s not a huge amount of money,” Schember said. “It’s more of a token, but at least it’s something that makes them feel better and helps them rebuild.”

Spizarny said police arrested seven people the night of the protest, including one 28-year-old man who police saw allegedly attempting to light a Molotov cocktail.

Spizarny expressed support for the peaceful protest that took place earlier Saturday evening. He said Erie police officers were “appalled by the incident in Minneapolis that resulted in the death of George Floyd.” 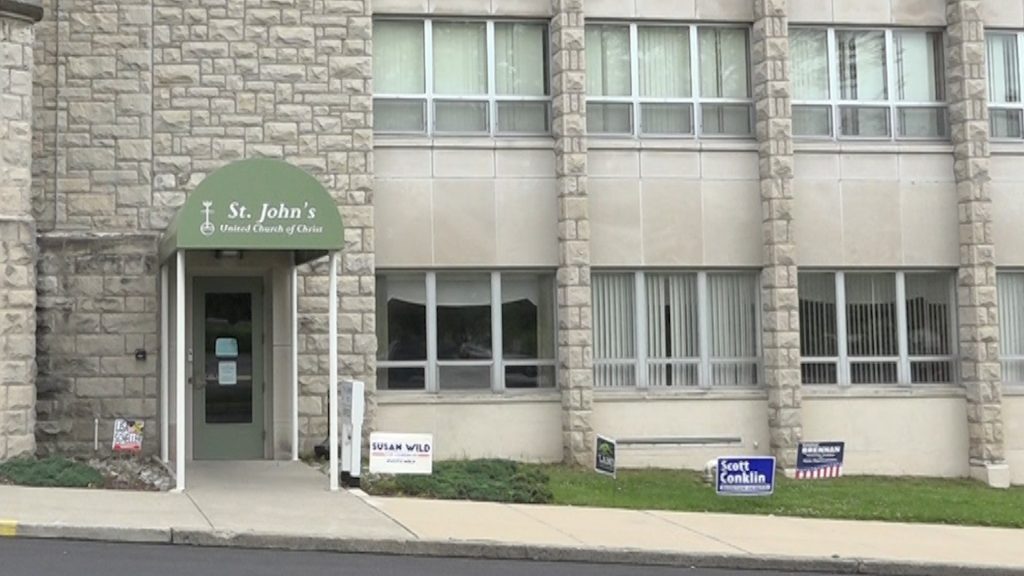