Montgomery County Commissioner Joe Gale is under fire for releasing a statement in which he called Black Lives Matter a “hate group.’’ In response to his remarks, some county residents organized a protest to call for his resignation, WLVR’s Megan Frank reports.

A crowd of over 200 people gathered at the Montgomery County Courthouse on Thursday to call for the resignation of county commissioner Joe Gale.

In a lengthy statement released on Monday, the commissioner called Black Lives Matter a ‘“radical left-wing hate group’’ and referred to Democratic leaders as ‘’sympathizers of enemy combatants.’’ Notably, the remarks were printed on official county letterhead.
Jennifer Thompkins, a youth advisor for the NAACP, condemned Gale for using his platform to speak against the Black Lives Matter movement.

“Every single day as an Afican-American, we have to remind ourselves that we matter. So, when we say that out loud, that shouldn’t be seen as hateful, that’s self pride. It’s saying, black lives matter. To me, it’s crazy to call that a hate group.”

While there was a police presence at the event, no officers sported riot gear. Norristown police chief Mark Talbot said he wanted to ensure the protesters felt safe.

“I think it’s fantastic. I think anytime that people feel strongly enough to come out for something they believe in, they should do it. I think there absolutely needs to be change. Anytime you see a result like we all saw a few weeks ago, it indicates that there is a deeper issue that needs to be worked out,” said Talbot.

Commissioner Gale did not return WLVR’s request for comment. 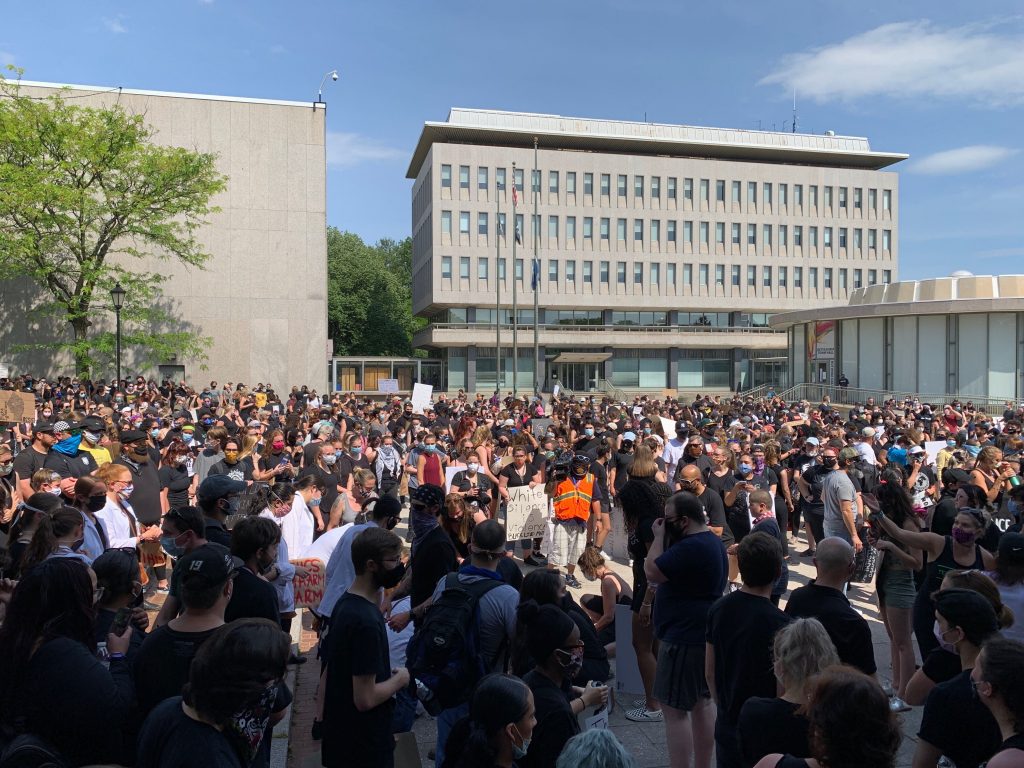