In an attempt to assuage the public’s demands for increased accountability of police officers, a spattering of departments across Pennsylvania post their use-of-force policies to their websites, making public the rules for when officers can use pepper spray, strike someone or fire their gun.

Publishing the policies makes for good optics in a time of heightened distrust between the public and law enforcement. But many cities and towns across the commonwealth still do not publish their policies online, with some going so far as to refuse to release the policies when asked.

Two of the state’s largest cities – Pittsburgh and Philadelphia – have posted their policies and training manuals online for years, while tertiary cities, such as Bethlehem and York, have only recently moved to put their policies online.

But at full-time police departments in smaller towns – as well as at the state’s second-largest police force, the Pennsylvania State Police – public visibility on how and when officers can use  force is noticeably absent.

PA Post surveyed 35 of the state’s most populated cities and towns and found less than a third of their departments uploaded their use-of-force policy to the internet so that the public could access it.

That lack of transparency on how departments train their officers in dealing with high-stress confrontations is fueling calls for changes from criminal justice reform activists.

“How does the police benefit from a lack of transparency?” said DeRay Mckesson, an organizer with Campaign Zero, a national advocacy group that urges police reform, including implementing a model use-of-force policy. “It’s a simple idea that people should know when a public servant can use force against them.”

Some law enforcement agencies are reticent – if not actively resistant – to releasing the documents to the public.

In response to reporters asking to see the policy for Bethel Park township, located just south of Pittsburgh, Chief Timothy O’Connor said, “Well guess what? You’re not getting ours.”

Most of the department officials contacted by PA Post said members of the public would need to submit a request under Pennsylvania’s open records law. But the state’s Right to Know law doesn’t guarantee quick access to government information. Agencies have five business days to respond, but they can also take 30-day extensions. Appealing to the state’s Office of Open Records can delay access another month. Some cases drag on even longer.

And though the law does not specifically preclude police documents from being released, public records officers who interpret the law have sweeping authority to determine if the release of certain documents could cause harm.

“As an elected official, I feel like I have an obligation to know policies,” said Lintner. “There’s nothing complex about reading through it. So I’m not sure why they are so reluctant to release it.”

An LNP article last week reported on the denial of Lintner’s request. Afterwards, borough attorney Evan Gabel told PA Post that the city is reviewing a Right to Know request and could possibly release a redacted copy.

Gabel, echoing other departments across the state, said releasing the document in full would put officers’ lives at risk because people could use it to test officers’ training, perhaps in hopes of encouraging inappropriate use of force in hopes of suing the department.

“I think our position is that we believe that it would give people who may have ill-will towards our police officers the know-how to see how far they can push things,” Gabel said. “I don’t want to put our officers in that situation.”

Alternatively, when asked if releasing the documents would give the public better understanding of how to conduct themselves to avoid a physical encounter with police, Gabel reiterated the town was worried about officer safety.

Similarly, Pennsylvania State Police – which provides coverage to two-thirds of the state’s municipalities as well as the state’s highways – justified not posting the agency’s use-of-force policy, saying the agency doesn’t post documents that “would negatively impact trooper safety or operational security.”

When asked for details, Tarkowski provided a redacted version of the agency’s use-of-force regulations and a copy of a November 2016 Office of Open Records decision that upheld the agency’s decision to redact the information.

In that case, state police said the redacted parts included information about “handling firearms; assessing the target; determining a point of aim and determining actual and potential risks of discharging a weapon.” The agency argued that releasing that information would “provide a tactical advantage to armed criminals and endanger the Troopers’ personal safety.”

Still, Tarkowski said in an email that the agency is reviewing the policy “with the intention of making as much of it publicly available as feasible.”

But the scenario of criminals deliberately pushing police officers’ boundaries to trigger unnecessary use of force is ludicrous, said Arthur Rizer, director of criminal justice research at the R Street Institute, a conservative-leaning research organization based in Washington, D.C.

“It is outrageous behavior by police departments to not already have this on their websites,” he said.

“You cannot make good decisions without good data; garbage in, garbage out,” he said.

Some police departments agree, saying there’s no reason to keep them from the public.

He thinks other departments should strongly consider doing the same.

“They have to be looking at being considered legitimate, being trustworthy,” Robinson said. “And a part of that is being transparent.”

In June, the Pennsylvania Senate unanimously passed a bill that would require police departments to post their use-of-force policies online.

“It’ll create a higher level of confidence amongst members of the public that law enforcement intends to act in good faith,” said state Sen. Sharif Street (D-Philadelphia), the bill’s sponsor.

The measure would also require all law enforcement agencies to adopt use-of-force policies that would only allow choke holds in situations where deadly force is authorized.

Current law gives police officers the authority to use deadly force during an arrest only when two factors are simultaneously present — when someone’s actions could cause serious injury or death for the officer or others, and if a person is resisting or escaping arrest.

In Scranton, Police Chief Carl Graziano said he doesn’t have any objections to Street’s bill, and he said the department will provide the policy when people ask for it.

Even still, his department hasn’t posted its use-of-force policy on its website and doesn’t plan to do so until later this year after the agency finishes its two-year review of department policies.

The bill is now in the Pennsylvania House of Representatives, which returns to session on Tuesday. Republican leaders have not committed to bringing it up for a vote. Caucus spokesman Mike Straub said members of the House Judiciary Committee will determine the next steps for the bill.

The chairman of the committee, Rep. Rob Kauffman (R-Franklin), could not be reached Thursday afternoon or Monday morning. In June,  Kauffman brought two police reform bills up for a vote in the committee, although he declined to commit to action on any other bills.

Transparency could help people better understand the decisions an officer makes, he said.  If a high-profile incident occurs, including if an officer kills someone while on duty, then the public could go online, look at the use-of-force policies and see what departments trained officers to do.

“They should be online for everybody to see,” Neri said. 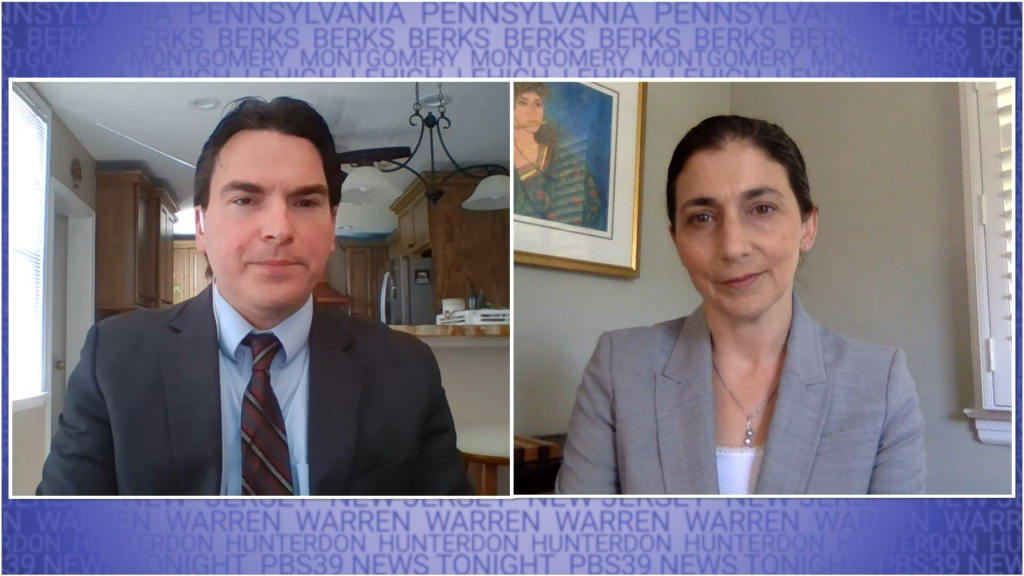