Penn State had to break up a large gathering of unmasked students apparently partying outside of dorms on the University Park campus Wednesday night, raising concerns in the community about the potential for COVID-19 outbreaks.

The get-togethers, documented on social media, defy the university’s rules requiring everyone to wear masks while in public spaces on campus and not to gather in groups. And, they came before classes start on Monday.

In a statement, Penn State President Eric Barron said the “behavior cannot and will not be tolerated.”

“We have said from the beginning health and safety is our priority, and if the university needs to pivot to fully remote instruction we will,” Barron said.

State College Borough Council President Jesse Barlow, speaking only for himself and not the borough as a whole, called the gathering alarming.

“It’s kind of the nightmare we’ve all been having since Penn State decided to return to at least partly in-person classes,” Barlow said.

He says many students are being respectful of the borough’s mask-wearing ordinance, but not everyone.

“I can’t say I’m surprised something like this happened, unfortunately, because it’s happened at a bunch of other universities too,” Barlow said.

The university also announced it suspended a fraternity for hosting a party Tuesday that violated state and local rules and Penn State’s policy for Greek organizations.

State Rep. Scott Conklin, whose district includes much of the Penn State campus, said on Facebook that he plans to contact the university and Gov. Tom Wolf “to evaluate how we must proceed from here.”

“While we know this behavior is not reflective of the student body as a whole, it only takes a small flame to spark a wildfire in the context of a pandemic,” Conklin said. “It is simply not sustainable to risk overwhelming our local hospital and healthcare workers for any reason.”

Some universities are opting to keep classes largely online. The University of Pittsburgh announced it is delaying its move to in-person classes until Sept. 14. Lock Haven University previously announced classes will be mostly remote.

The Return of a Popular Tourist Railway in Jim Thorpe 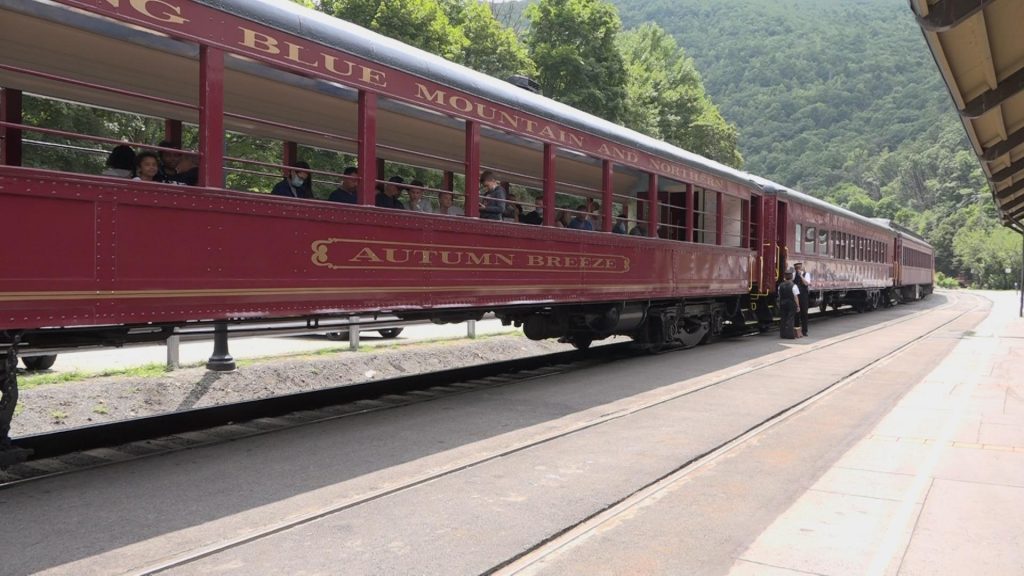