The Pennsylvania Department of State and three counties with significant Spanish-speaking populations avoided a federal lawsuit after the state this month announced that online mail-in ballot applications are now available in Spanish.

The online Spanish-language application comes several months later than what many Latino advocacy groups had originally expected. The threat of litigation against the commonwealth and the counties Berks, Lehigh, and Philadelphia was seriously considered. But, the effort between the state and community organizations to roll out them out remained collaborative rather than combative, according to those involved.

“It’s a continuing dialogue, a continuing relationship,” said William Gonzalez, an attorney and executive director of Philadelphia-based nonprofit Latino advocacy group Ceiba. “We share the same objective, which is all Pennsylvanian’s vote, especially regardless of language.”

The Pennsylvania Department of State (DOS), the office of Gov. Tom Wolf and The Governor’s Commission on Latino Affairs have been in steady communication with community groups like Make The Road Pennsylvania, Pennsylvania Voice and Ceiba on voting issues since last year.

Leadership of the community groups said they had expected the state to provide the online Spanish-language application before the April 28 primary, which was eventually pushed back to June 2.

Gonzalez said the state, and thus the counties due to their populations, were not in compliance with section 203 of the Voting Rights Act of 1965 — which mandates jurisdictions with large non-English language groups to provide all voting materials in those languages.

The Voting Rights Act of 1965 states jurisdictions must provide voting materials in languages other than English if:

The three counties easily fall within these two parameters, according to the counties’ 2018 five-year U.S. Census community survey estimates.

Philadelphia has more than an estimated 39,700 Spanish-speaking citizens of voting age who speak English “less than very well,” according to the data. Berks has more than 16,600, and Lehigh has more than 15,200 people of the same demographic.

Of voting age citizens, Spanish speakers of all levels of English proficiency make up 14.4 percent in Lehigh, 11.5 percent in Berks and 8.9 percent in Philadelphia, according to the estimates.

As courts slowed down their work during the height of the COVID-19 pandemic in the spring and early summer, Gonzalez said a lawsuit became less viable.

“We articulated our concerns. We articulated them quite forcibly, (and) came at a crossroads where we really thought that we may do litigation,” Gonzalez said. “Instead we said, at this point, at this time, the amount of resources to do that would not be commensurate to what we would get out of it.”

“It’s just that at that point in the middle of a public health emergency, we didn’t think that it was the wisest thing,” Gonzalez said.

Pennsylvania Voice, a coalition of community groups working to empower communities of color, was involved in conversations with Department of State and the office of Gov. Wolf.

“We think it’s important in our coalition to press hard for the communities that might not otherwise have a voice,” said Ray Murphy, deputy director of the group. “And in this instance, it was really important just to make sure that the vote by mail application was translated to Spanish, and we’re very happy that it happened.”

He added community groups played an important role in keeping the state on track.

“When I think of the Department of State and their leadership on a variety of issues, I think we’ve got a really great set of folks there, right now,” Murphy said. “That never changes the fact that having advocates serve as watchdogs to balance out the input folks in government are getting.”

The Department of State said it understood the imperative to expand language access to include Spanish-speaking populations.

“Ensuring that voting is accessible to all eligible Pennsylvanians has been a priority for the Department of State and the Wolf administration from the beginning,” the DOS said in a written statement. “Over the past five years, the Department has greatly expanded language access for voters, beginning with the online voter registration that launched in 2015.”

The DOS declined to comment on Gonzalez’s warnings of a potential lawsuit.

Gonzalez moderated a live panel discussion Tuesday about Voting Rights Act requirements on the Facebook page of the voting nonprofit, All Voting is Local. Representatives from the Berks, Lehigh, Philadelphia and the Department of State discussed the work they are doing to meet the needs of the Spanish-speaking community.

In the discussion, DOS also said it is working to accommodate voters of other minority languages, Vietnamese and Traditional Chinese, that are likely to warrant Voting Rights Act protections after the completion of the 2020 U.S. census. DOS did not give a specific date when those applications will be available.

The panelists also took questions on how they are fulfilling their Voting Rights Act responsibilities from organizations such as Centro Hispano Daniel Torres in Reading, Grupo de Apoyo in Allentown and the national organizations UnidosUS and National Association of Latino Elected and Appointed Officials. Questions touched on how counties are providing interpreters, translating ballots and how to engage Latino voters and poll workers.

Stephen Latanishen, director of the department’s Office of Intergovernmental Affairs, attended  and said connecting the community with officials is what makes actual change.

“This is exactly what the Wolf administration and Secretary [of State Kathy] Boockvar would like not only our language access specialists, staff, senior staff and elections bureau staff to be doing,” Lastishen said. “Because we can’t educate as well without that back-and-forth and collaboration with organizations that are trusted within the communities and who really know the right levers to push and how to get the message out in ways that we don’t.”

Community organizers said there is still plenty of work still to be done and that his and other organizations will continue to push for more equitable elections.

“It’s always important to have folks like us on the outside, keeping an eye on things and pushing and being the squeaky wheel on critical issues,” Murphy said. 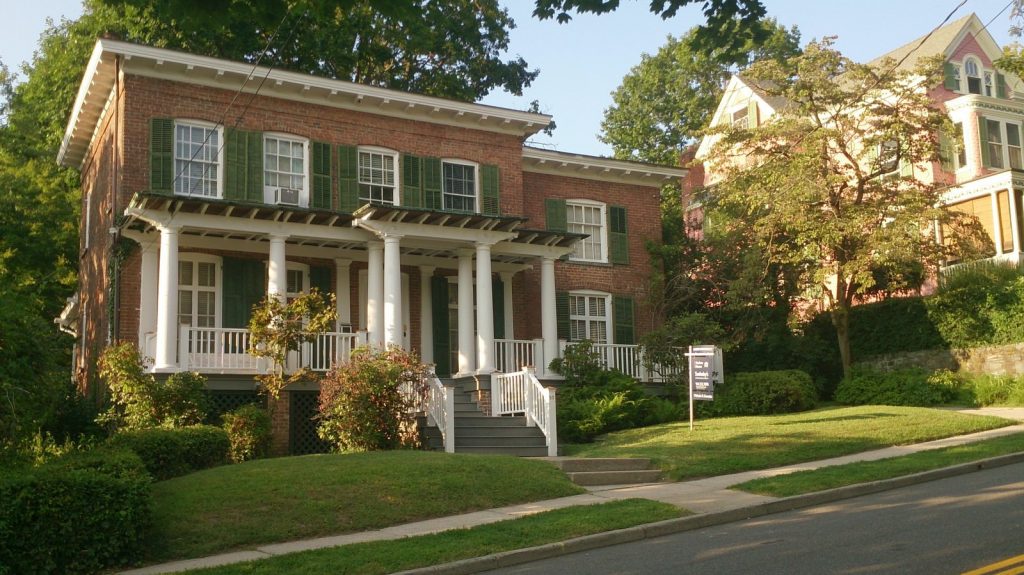