The governor wants the deadline to send out vote-by-mail applications moved up, among other things.

Wolf said he wants a number of things to be present in the final bill the state Senate is now considering. County election offices, he said, should be able to prepare ballots for counting, a process known as pre-canvassing, sooner than they are allowed to now.

The governor also wants the deadline to send out vote-by-mail applications moved up, to allow counties to fill poll worker positions further out from Election Day, and to give election offices until Friday after Election Day to finish counting ballots.

“These four actions will ensure voters have their voices heard and election results are returned as soon as possible,” Wolf said. “Our county election offices need these changes and they need them now.”

While a House measure would approve a lot of those proposals, Wolf says he’ll veto it. One of the things at issue is a provision effectively banning special election drop boxes.

The governor and Democratic allies have said these are key to ensuring the pandemic-era election is safe and secure, while Republicans have repeatedly said individual mail boxes and post offices are better options for voters wishing to cast their ballots outside of a polling place.

The Republican majority say they haven’t heard from the governor directly, but want him to come to the table to negotiate the final details.

County leaders like Montgomery County Board of Commissioners chair Dr. Val Arkoosh said they need certainty on what’s changing, if anything.

“Last minute changes are actually a problem, and I think the voters deserve to know how they’re going to be able to vote, how their ballots are going to be received back, and have some assurance that they will be counted quickly,” Arkoosh said.

House Majority Leader Kerry Benninghoff said lawmakers are still working on the final version of their proposed changes. He criticized Wolf’s plan to veto the measure ahead of time.

“It could become law very quickly if everyone chooses to do that. Announcing you’re going veto it before it even gets there does not sound like the spirit of cooperation,” Benninghoff said during a press availability at the Capitol Tuesday.

Benninghoff and Republican caucus spokesman Jason Gottesman both said the Wolf administration is not engaging GOP lawmakers directly and choosing to hold press conferences calling for legislative action rather than to hold direct conversation.

Both have issued harsh criticism of Wolf’s handling of the pandemic.

“They [the Wolf administration] choose to try and govern from afar and that’s their choice to do that. We remain open to dialogue,” Benninghoff said.

At the same time, Wolf called on both President Donald Trump and the Republican-controlled state legislature to start “getting serious” about the coronavirus pandemic. The governor was responding to a federal court decision that ruled his shutdown orders last spring were unconstitutional.

A Trump-appointed judge in Pittsburgh made the ruling. Wolf’s office plans to appeal.

The governor criticized some statehouse Republicans for celebrating that decision, and says President Trump has been putting out misinformation instead of offering help.

“We in Pennsylvania deserve much, much better than that,” Wolf said. “I’m going to hold their feet to the fire to stop playing politics with this disease, stop fighting me, stop trashing me, and start living up to the responsibilities each and every one of them has in their offices.”

Benninghoff fired back at Wolf, calling those comments “inappropriate.”

He said members in his chamber are seriously trying to address issues like Pennsylvania’s budget shortfall, and that he and speaker Bryan Cutler remain “open to dialogue on any issue.” 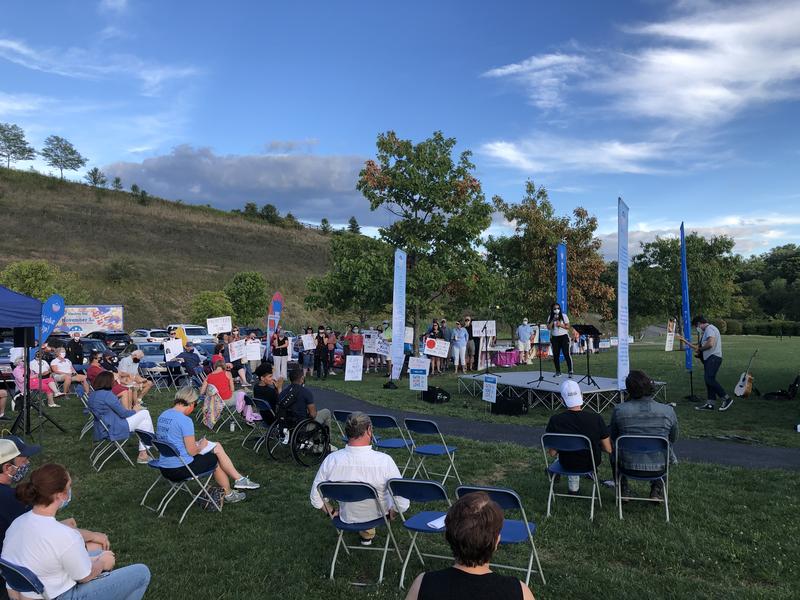