Ballot applications from outside groups confuse some voters as deadline looms

Written by Victoria Scialfa on October 14, 2020

Ballot applications from outside groups confuse some voters as deadline looms

Oct. 27 is the last day to turn in mail-in ballot applications

Across Pennsylvania, people are getting mail-in ballot applications from groups aiming to increase voter turnout. And they’re causing confusion among some voters.

When it came time to apply for a mail-in ballot, Katie O’Regan’s Irish surname wasn’t giving her much luck.

“The website didn’t like the apostrophe,” said O’Regan. When she included it in her ballot application online on the state’s website, she got an error message. However, if she were to put in her last name without the apostrophe, it would be different than her name as it appears on her voter registration card—leaving her worried that her vote wouldn’t be counted.

“I was especially concerned this year, because some GOP-led municipalities were trying to challenge mail-in ballots,” O’Regan said. “And technically, those names don’t match, and it could get thrown out.”

O’Regan, a 35-year-old architect who lives in Lititz, Lancaster County, said she decided not to apply for a mail-in ballot, opting to vote in person on Election Day instead.

However, when she and her husband got official-looking mail-in ballot applications in their mailbox from a group she’d never heard of, it occurred to her that if she had used that form she got in the mail to apply, she wouldn’t have known about the problem with her last name.

O’Regan mentioned the situation on Facebook and learned she wasn’t alone. Friends and neighbors were getting all sorts of mail that was designed to look like a ballot application — and it was hard to tell what was legit, and what wasn’t.

“There’s too much information out there, and I think it’s information overload for some people,” O’Regan said.

To vote by mail, a person must be registered to vote, and must apply for a mail-in ballot, which they will get in the mail from the county elections office. People can register and apply online at the state’s website.

However, outside groups, often trying to drive up voter turnout among people deemed likely to vote for one party over the other, are increasingly mailing out their own applications.

In Pennsylvania, it’s legal for outside entities to provide ballot applications, according to the Department of State. And while some of those groups have checked with the state to ensure accuracy of their mail-in applications, others have not, and it is not required that they do so.

To be clear, the group that sent O’Regan a ballot application, Voter Participation Center, never receives ballot applications, said the group’s president and CEO, Tom Lopach. “The return envelope that we provide sends that registration or vote-by-mail application back to the state or county election office, depending on the state.”

The Washington, D.C.-based nonprofit is nonpartisan, Lopach said. Its mission is to increase voting among people of color, unmarried women and young people.

Broadly speaking, those groups are more likely to vote for Democrats. Still, Lopach said the effort is about getting people to vote, regardless of who they choose.

“We know that these three groups together comprise 62% of the voting-eligible population around the country, yet are only registered and turn out at around 52%,” Lopach said. “So we are doing work to help close that gap and make sure those communities get out and vote.”

Their effort is working, he said. This year alone, the group helped people to apply for about 500,000 mail-in ballots in Pennsylvania. Nationwide, the group has helped with about 4.9 million ballot applications this year.

While such efforts may increase participation, some county election officers are reporting that they are wreaking havoc upon their procedures. Lycoming County Election Director Forest Lehman says ballots from candidates, political parties and other groups have been a huge problem this fall.

“It puts 2016 to shame,” Lehman said. “The deluge has gotten so extreme that some people…have accidentally thrown away their mail-in or absentee ballot when it came, and we’ve had to reissue their ballots.”

When organizations send ballots prefilled with information that’s outdated or otherwise inaccurate, such as naming a voter who’s deceased or no longer registered, it creates even more concern among voters, Lehman said.

He noted that it’s hard to understand why organizations don’t have current information, given voter registration lists are public records and readily available to download for $20 from the state.

“Some of them are national party committees,” Lehman said of organizations sending documents with incorrect voter info. “What’s their excuse for not having accurate information? And some of them are the ones yelling about mail-in voting fraud, yet they’re sending this to voters with outdated information.”

The confusion prompts phone calls from voters to already-inundated county elections offices, Lehman said. And because there aren’t rules for what each form must include, election office staffers need to see the documents to gauge whether they would pass legal muster and usually can’t do that over the phone, he said.

Regardless of whether a person applies for their mail-in ballot through the state or an outside group, people should check in on their ballot applications through the state’s website to ensure that they’re getting a ballot, said Department of State Spokeswoman Wanda Murren.

“The Department of State supports any efforts to encourage participation among eligible voters,” Murren said in an email. “Still, we urge registered voters to use the Department’s online ballot application at www.votesPA.com.”

Murren said mail from “outside organizations or political parties” has caused a lot of confusion, especially mail that looks to some people like a ballot, when in fact it’s a ballot application.

As for O’Regan’s apostrophe, Lancaster County’s chief clerk Randall Wenger said it wouldn’t have made a difference. He says he’s getting a lot of calls from people who are afraid that their ballots won’t be counted. He’s been reminding people to put their ballots in the secrecy envelopes and sign and date their ballot-return envelopes. Beyond that, though, Wenger is assuring them that the people processing ballots won’t be combing through them looking for reasons to discount them.

How outdoor events in SouthSide are transitioning as the seasons change 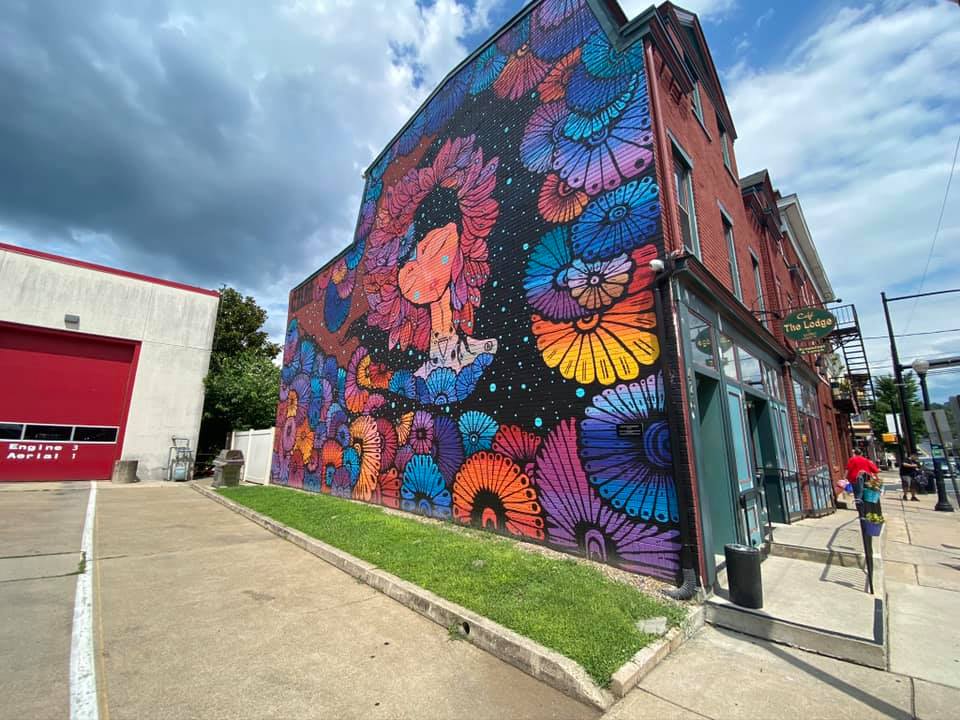