Written by Victoria Scialfa on October 30, 2020

During another campaign blitz across the state, Trump continued to fan distrust of the news media. His attacks on news organizations are a political strategy that seems to resonate with his base. And undermining journalism could have long-term consequences for democracy.

As thousands stood in the cold rain Monday, Oct. 26, in Northampton County, a woman by the name of Jackie began yelling at reporters who were walking in.

“Everybody knows the media is so biased. It’s disgusting to treat a human being like that; it’s disgusting,” she said. “From day one, let the man do his job!”

The crowd began booing reporters as he falsely accused some of turning their TV cameras off.

“You know they are tormented, the fake news,” Trump said. “They’re tormented. In one way they have to have [their cameras] on ’cause it’s ratings. It’s big, big beautiful ratings.

And then he took aim at the entire media pool.

“They are the enemy of the people, they really are,” Trump said to applause from the crowd.

These types of remarks have become routine at his rallies, and throughout 2020 Trump has dialed up attacks on what he calls ‘fake news.’ But media distrust is not a new sentiment in the U.S.

“We have data going back to the 1970s showing that trust has been declining year over year,” Jeremy Littau said Wednesday morning.  He is a journalism professor at Lehigh University in Bethlehem.

“One of the really interesting effects we’ve seen is what’s called the hostile media effect,” Littau said. “The more polarized we are, the more we tend to think the press is against our point of view. That holds for both left and right ends of the spectrum.”

Littau said this is a concept Republicans have embraced.

“This has been more of a feature of the right, largely because the party and some of its leaders have embraced attacking the media as a partisan strategy for firing up the base,” Littau said.

And he says this type of rhetoric has been used before.

“Nazi Germany, Hilter’s party, routinely referred to the press as Lügenpresse,” Littau said. “It was a derogatory term that they used to basically call them liars. It literally translates to, ‘lying press.’ And the press was demonized in Nazi Germany because it was the only remaining tool for accountability.”

Littau said he is sympathetic to those in Trump’s base who have been swept up in his assaults on the media.

“In large part because I think that they are downhill from a propaganda effort that is a part of partisan motivation for electoral strategy,” he said.

Back inside Monday’s Trump rally, Susan Fooskas called herself, “a victim of the news.”

“It’s an echo chamber,” Fooskas said. “If you just watch the TV and listen to the news you don’t find the truth about anything.”

Fooskas shared a claim frequently espoused on the right. She likes to find “the truth” herself.

“I go on the Internet obviously,” Fooskas said. “But there is a lot of alternative media that has good information. The Gateway Pundit is a very good source. One American News Network [and] The Epoch Times.”

The Epoch Times’s motto includes the words:  “Unbiased. Accurate News.” But its far-right ownership has published disinformation about COVID-19 and pro-Trump conspiracy theories. Littau says that content may appeal to people because of “confirmation bias.”

“It describes the process in which we seek out opinions that match our own priors,” Littau said.

Littau said all people have bias.

“This is a matter of human nature,” he said. “I don’t care what side of the spectrum you sit on. The ability to suppress bias from the way you purport data I think is impossible.”

Littau said the concept of, “doing your own research” is problematic, because unless you’ve been trained, it can be easy to get overloaded with information.

“We are having to make snap critical decisions about that information on the fly without necessarily constructing an entire methodology in our own minds about how we encounter that information and how we sort through it,” Littau said.

One way to combat this is to take media literacy classes.

“Our media use has tripled in the past 20 years,” Littau said. “Meaning we are just encountering more information just as a happenstance of having smart phones and having mobile laptops and WiFi everywhere.”

Littau is advocating for media literacy to be taught in K-12 and college settings. But for that to happen, he said the public will need to demand it.

“It is not in the interest of consolidated political power to encourage that,” Littau said. “Because the more entrenched a political party is, they have no incentive to allow for more media literacy and critical thinking, when instead you can use that as a tool to defang any sort of accountability journalism that might put you out of power.”

And Littau said the stakes are high. The future of American democracy may hinge on citizens’ ability to think critically about the media all around them.

What You Need to Know: Late Arriving Ballots, the US Supreme Court, and the Blue Shift 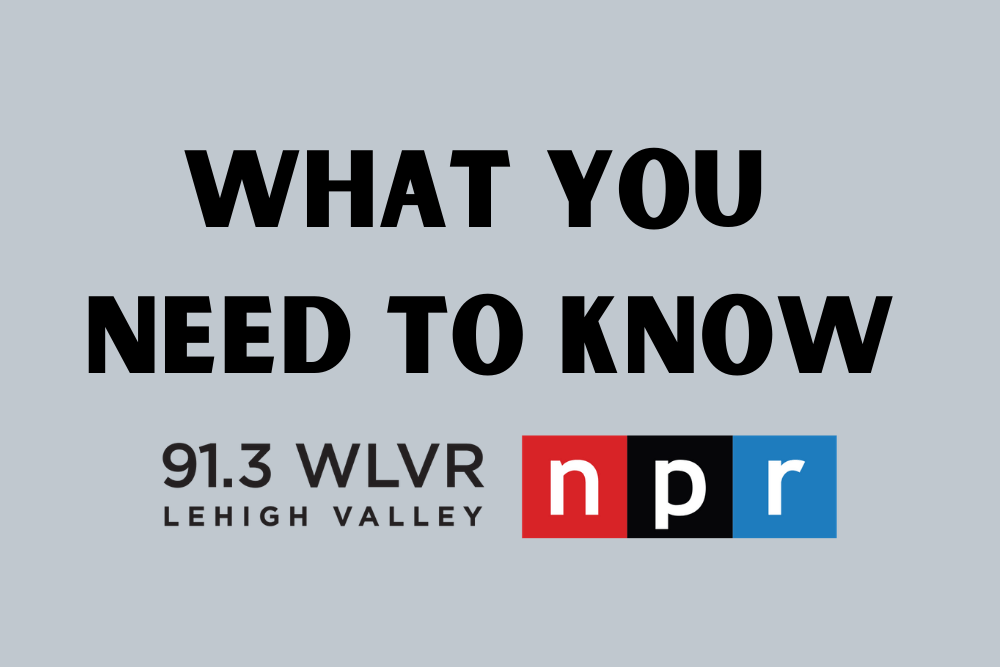