Results still unclear and 5 other takeaways from Election Night 2020

Results still unclear and 5 other takeaways from Election Night 2020

Well, we still don’t know who the president-elect is.

Is there a less surprising outcome for 2020?

Here are six takeaways from one of the strangest election nights in recent history:

This election is now coming down to the former Blue Wall states that President Trump toppled in 2016 — Wisconsin, Michigan and Pennsylvania. We won’t know results perhaps for days, because Wisconsin and Pennsylvania couldn’t start processing mail-in votes until Election Day, and Michigan could only start Monday.

But, wait, there’s even more to count. While all eyes focus on the Upper Midwest and Pennsylvania, there are still many votes to count in North Carolina and Georgia, which looked like healthy Trump wins and then started to shift after midnight.

As of 4:05 a.m. ET, Trump was ahead of Democrat Joe Biden in North Carolina by just 1.4 percentage points, or fewer than 77,000 votes out of 5 million, with 6% of the vote left to count. As the result of a court ruling, North Carolina will be able to count mail-in votes that were postmarked on Election Day until Friday.

The candidates are separated by 2.5 percentage points in Georgia, or about 117,000 votes. There is still 7% of the vote to count.

This election has taken lots of twists and turns. What’s one or two more?

2. Trump will pull out all the stops

It couldn’t have been more predictable for Trump to attempt to prematurely declare victory and falsely claim the election is being stolen — even as legally cast votes are still being counted.

There were numerous falsehoods the president told early Wednesday morning during a speech from the White House. He declared that millions had voted for him (a fact) and added “a very sad group of people is trying to disenfranchise that group of people, and we won’t stand for it.”

But the fact is: some states allow ballots mailed in and postmarked by Election Day to be counted. No one is voting any longer.

The only disenfranchisement is not counting legally cast ballots — and Trump vowed to go to the Supreme Court to get them to stop what he sees as illegal vote counting, even though that is not what’s happening.

3. No matter what happens, this isn’t the blowout Democrats were looking for

Trump is ahead, but Biden said he expects that when all the votes are counted, including those mail-in ballots, he will prevail.

“I believe we are on track to win this election,” he said, adding, “It ain’t over until every vote is counted, every ballot is counted.”

Even if Biden were to win all three — and he doesn’t need to given he won Arizona — and win the presidency, this wasn’t the definitive rebuke of Trump that Democrats were looking for.

A win is a win, if Biden is able to pull it off. But the country remains hotly divided and polarized, and given Democrats are unlikely to take back the Senate and their unexpected losses in the House, he would hardly have the ability to get much through Congress.

4. The realignment is happening

The old coalitions are fraying, and it’s not at all clear how that translates into presidential elections in the coming years.

One thing is clear — 2016 wasn’t a fluke. With the swing of white voters without college degrees firmly to Trump’s camp, the Blue Wall that Democrats have relied on for decades — and that Trump knocked down in 2016 — is far too fragile to rely on.

Meanwhile, the diversifying Sun Belt states are changing the map. Biden won Arizona after Clinton came up short in 2016, and Georgia and North Carolina continue to be competitive. (Texas appears to still be a stretch for Democrats).

Politics is never static, and the reshaping can be disorienting.

5. The popular vote and the Electoral College clash … again

For the seventh time in the past eight presidential elections, a Democrat will likely win the popular vote.

And yet, if Biden loses, it would be the third time in 20 years that a Democrat would have won the popular vote but lost the presidency.

It’s unlikely that the process could be changed. Some have argued doing away with it, but it would require a constitutional amendment to change it, and since one side, the Republican Party, has benefitted from it, it’s very unlikely to change.

6. The polls were wrong … again

After all is said and done with this election, there is going to be a reckoning over polls.

After 2016, when polls in key states underestimated Trump’s support, pollsters said they had adjusted. But, it appears, while polls in some places were right, lots were off and misleading.

Biden appeared to have slim but consistent leads heading into Election Day, and many of those dissipated. Ohio, Iowa, Florida, Texas were all polling very close for months, and wound up not close at all. And, unlike 2016, this year even the national polls appear to have been far off.

If someone were to say a year ago, create an electoral map for a race between Trump and a generic Democrat, it would look, well, very much like this one based on voting history and demography.

There is going to have to be a better understanding of what went wrong. Do Trump voters not pick up the phone or answer polls because they don’t trust the media or pollsters? Is there some other reason why pollsters underestimated Trump’s support?

Being wrong is never a position that a survey researcher or a nonpartisan analyst who uses the data wants to be in.

Trump needed an even bigger polling error than 2016 to pull off what he’s pulled off, and that’s exactly what happened. 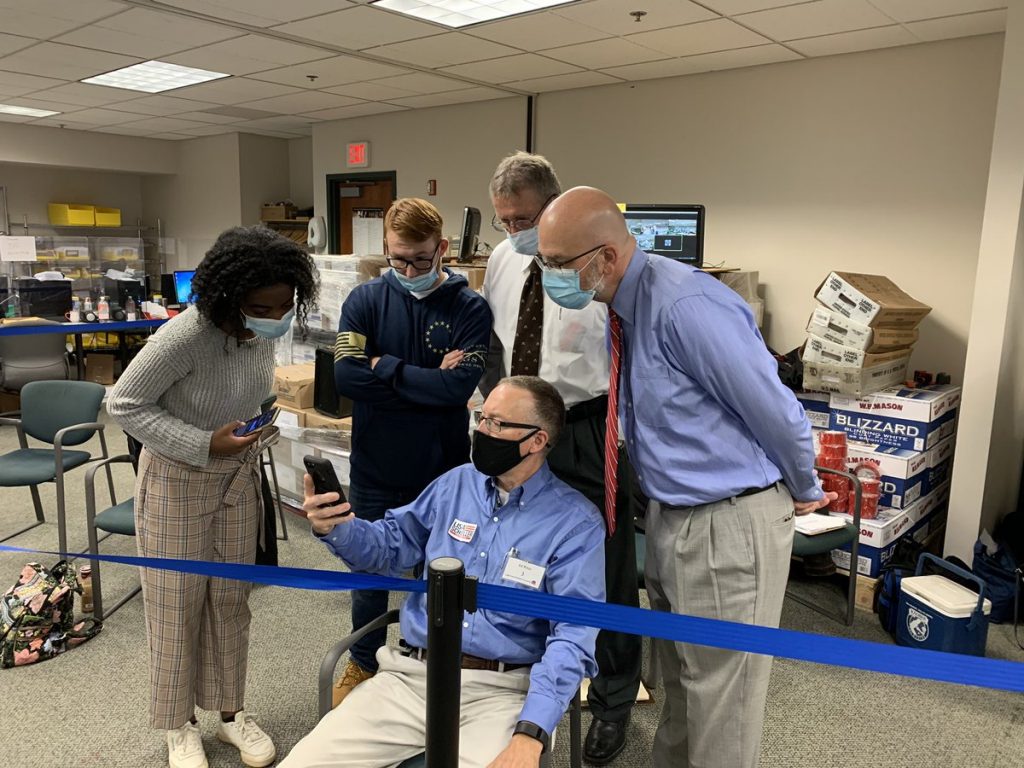