Pennsylvania Secretary of State Kathy Boockvar has certified Democrat Joe Biden as the winner of the state’s presidential election.

Governor Tom Wolf announced the move on Twitter, followed by a news release from the Department of State.

At least four counties home to more than 600,000 voters will not have election results certified when they’re due Monday to the Pennsylvania Department of State, though three of them expect to wrap up within the next couple days.

Ultimately, minor delays in a handful of counties fully certifying their results shouldn’t affect the overall certification process statewide — in part because Pennsylvania’s election code doesn’t set a hard deadline for statewide certification by the secretary of state, which is normally a formality, voting law experts say.

Of 45 counties to respond to the inquiry, 11 with a combined 591,000 voters had already fully certified their results and sent them to the Pennsylvania Department of State by Friday.

Another 31 counties with more than 7 million of the state’s 9 million registered voters confirmed they will hit Monday’s deadline.

Schuylkill County officials say they will wrap up Tuesday, while Westmoreland County doesn’t expect to finish until next week due to pandemic-driven staffing shortages and a tight state Senate race. Berks and Carbon election boards are scheduled for final certification Wednesday.

“Sometimes counties lag behind – that’s not unusual,” said Marian Schneider, elections and voting rights consultant for ACLU of Pennsylvania, and former deputy secretary for elections and administration at DoS.

Schneider said that’s especially true when counties are dealing with recounts, close races and/or litigation over election board decisions such as the cases out of Philadelphia and Allegheny and Bucks counties.

That’s on top of the other factors complicating vote counts statewide; other lawsuits, the pandemic, thousands of provisional ballot challenges and the explosion of vote-by-mail atop the rollout of new voting laws and machines expected, since a year ago, to pose challenges in 2020.

“What is unusual, is the national narrative – which is disturbing,” Schneider said, referring to President Donald Trump’s and some Republicans’ thus far futile attempts to pressure lawmakers from swing states, invalidate votes and baselessly discredit the country’s election system. “I don’t think our local officials are going to buy into that.”

If a county were to hold off on certification for too long, elected officials likely would end up in court, said Jessie Allen, a law professor at the University of Pittsburgh.

“At the point it prevents the process from going forward and electors moving forward from a popular election, then I think you’d see court action,” said Allen, previously a voting rights lawyer. “The Biden campaign or a representative of the voters of Pennsylvania or, for that matter, the secretary of [state] would go to court and get an order … to [force] the county officials to do their job and certify.”

Schneider said while such a scenario would prompt enforcement of some kind, there’s no precedent in Pennsylvania — and she doesn’t expect one to be set this year.

It’s highly unlikely the process will drag on past the end of the month, Allen and Schneider said, let alone until the “safe harbor” deadline of Dec. 8 (states generally get electors in place by this point — six days ahead of the electors’ vote — to avoid challenges from Congress).

“I don’t think it’s cause for concern. What I think is cause for concern is the national narrative and the president and his cronies trying to disenfranchise black and brown voters,” Schneider said. “We should be celebrating the record turnout and recognize that in our democracy, voters get to choose. They’ve chosen.”

President-elect Joe Biden led by about 81,000 votes of more than 6.9 million counted in Pennsylvania as of Sunday. 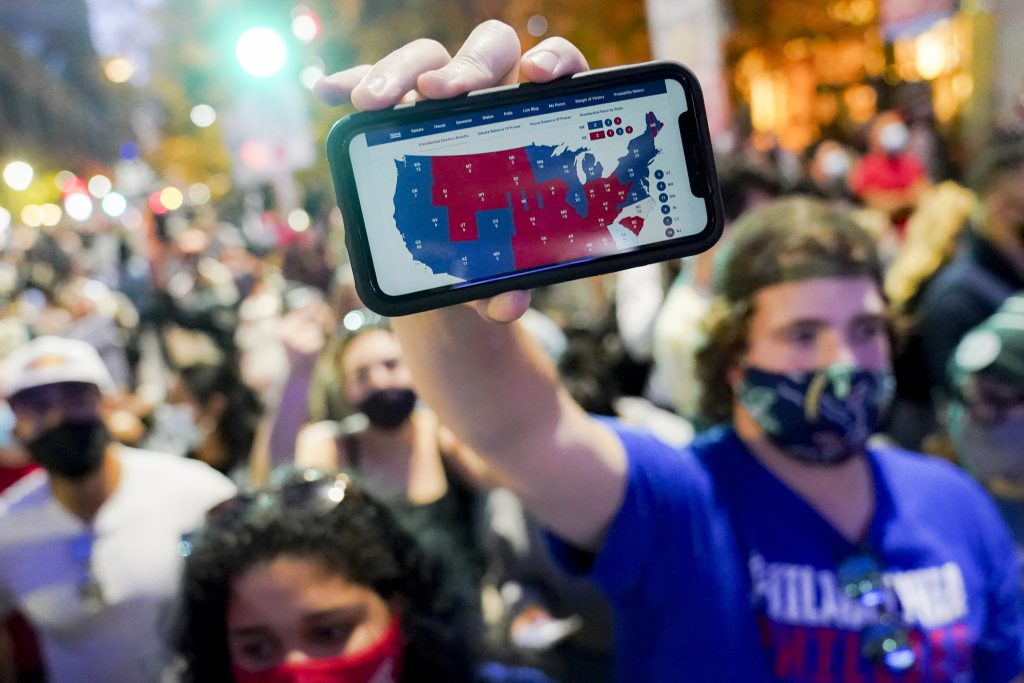