Whether you’re watching at home on Sunday, or plan to attend a socially distant Super Bowl party, you may already know the big names like Tom Brady. But a man from the Poconos is looking to collect his second ring with the Kansas City Chiefs from behind the camera.

After Dane Van Why graduated from East Stroudsburg University, he began working at a small TV station in the Poconos producing live sports there and in the Lehigh Valley. In 2014, he started working with the Chiefs.

“You know back then I didn’t really know what I wanted to do, I knew what field I wanted to be in but didn’t expect it to be in sports,” he says, “I hadn’t even really shot any football or sports in general, until I came to the Chiefs. So the first football game I ever shot was against the San Diego Chargers in 2014. So it’s nuts how it works out like that.”

Van Why, the Chiefs’ lead producer, roams the sidelines and locker rooms interviewing players, and documenting their stories but COVID-19 has made it difficult.

“We’re not able to get the off-the-field access, or access to players, in general, like we did last year, due to the COVID-19 protocols the leagues put in place. So we kind of pivoted that format but it’s still kind of a ‘doc-esque’ series called a Kingdom short.

For last year’s Super Bowl, Van Why went down with the team to Hard Rock Stadium in Miami Gardens, FL a week before the game. This year, because of NFL safety measures, he’ll go down to Raymond James Stadium in Tampa just one day before. 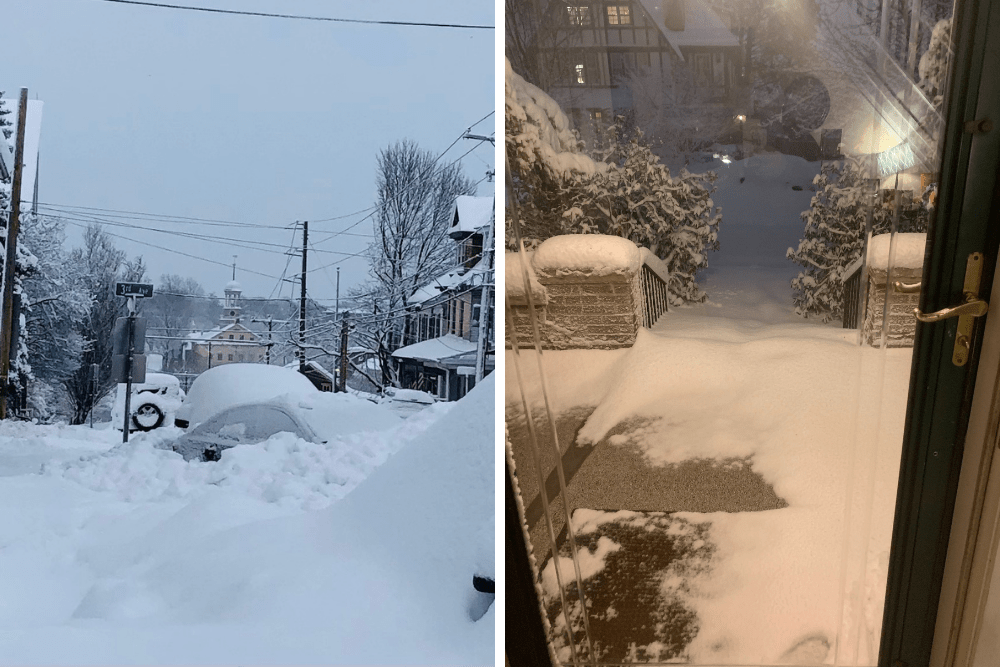