About a dozen young people from Pennsylvania are setting off on a multi-day trek to Washington, D.C., to rally for a climate and economic justice initiative.

Personal experience motivates many of the activists.

They’re on their way to the nation’s capital to call for a Civilian Climate Corps, a vision for a federal program that they say would create well-paying jobs designed to tackle the climate crisis.

The activists are part of the Sunrise Movement, a youth climate advocacy organization with chapters across the U.S.

“I would hear these stories about my great-grandfather going into the mines with a broken leg because he couldn’t afford to take off work,” Miller says.

And their grandfather, a coal miner, eventually died of emphysema.

“I don’t want anyone else to go through that,” she says.

Mary Collier, from Lewisburg, Union County, sees it as a way to protect workers’ livelihoods during a transition to renewable energy.

“I think about all the people in my rural, central-PA community who are relying on these fossil fuel jobs only because they need, yeah, good-paying work. They don’t want to be hurting the planet, but they have no other choice, and so these are the people I think about and who I’m fighting for,” Collier says.

They say Pennsylvania’s role in securing President Biden’s electoral victory makes Harrisburg a meaningful place to start the march and will arrive at the White House next week, joining a rally alongside Sunrise Movement members from around the country. 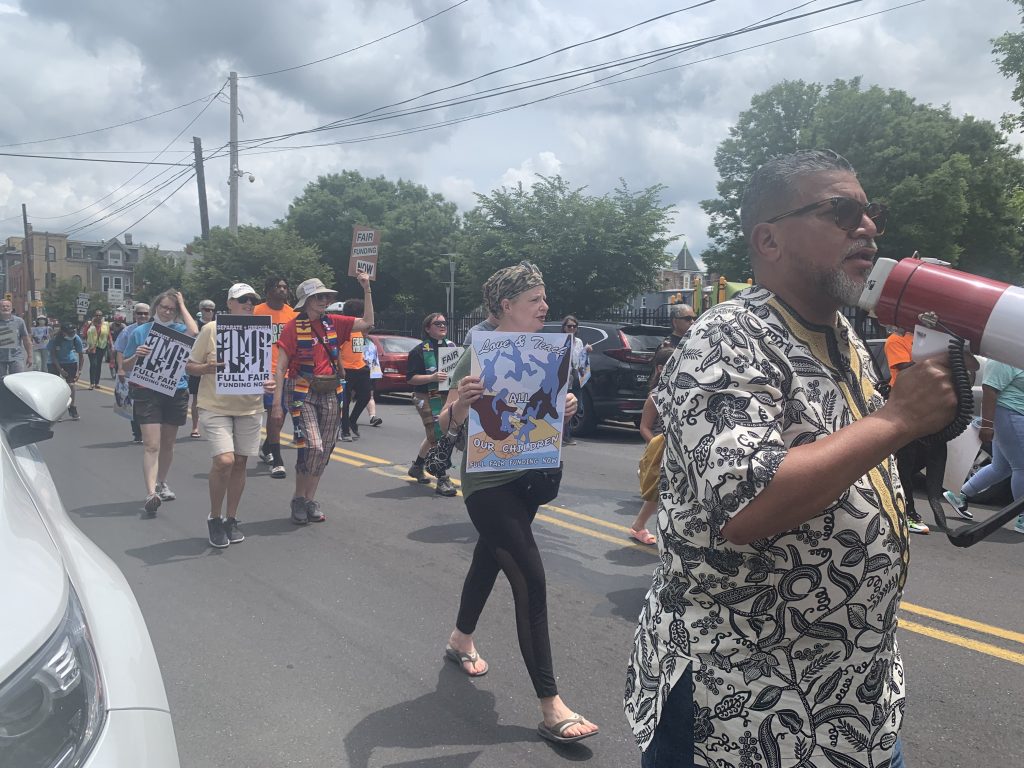