Written by Victoria Scialfa on August 9, 2021

LOWER NAZARETH TWP, Pa. – The man killed in a shootout outside the Target in Lower Nazareth Township has been identified as a 20-year-old from Monroe County.

Houck identified the other shooting victim as 22-year-old Jayzell Avery Sanders of the Mount Pocono area. He was taken to a local hospital for treatment for a gunshot wound to the right shoulder.

The shooting occurred shortly after 2 p.m. Sunday in the parking lot outside the Target in the Lower Nazareth Commons shopping center off Route 248.

Houck said Sanders told investigators he was the front-seat passenger of a black Buick Regal in the lot when two unidentified men from another car got into the back seat. Sanders said the men argued and he got out of the Buick and ran toward the Target storefront, according to Houck.

Sanders told police the men began shooting at him as he ran so he fired back with a pistol. He later put the gun under a parked car in the lot, Houck said.

The district attorney would not elaborate on whether Johnson was in the Buick Regal or how he was shot.

“It’s information that we’re not releasing at this point,” he said. “There’s a lot we have to do yet with reviewing videos and forensic evidence.”

Houck said authorities also weren’t releasing a possible motive for the men being in the lot.

Houck said the area was busy as the events unfolded.

“It’s a Sunday afternoon,” he said. “Nothing seems to be sacred anymore, although this wasn’t in or near the store — it was near the lot closer to 248.

“It’s still some scary stuff. Once bullets start flying anything can happen. In that respect, it’s sad. But this wasn’t a random act. It wasn’t like people were going looking for shoppers to shoot.”

Houck said video surveillance of the lot shows Sanders running and shooting back toward the Buick. He does not have a state permit to carry a concealed weapon, the district attorney said. Court records don’t identify Johnson by name but say the other victim was found with gunshot wounds by the passenger side of the vehicle.

Sanders is charged with recklessly endangering others and firearms not to be carried without a license. He had a .22-caliber pistol, according to court records.

Houck said the shooting remains under investigation. Anyone with information is asked to contact the Colonial Regional Police Department at 610-861-4820.

Musikfest fans return to live concerts by the tens of thousands 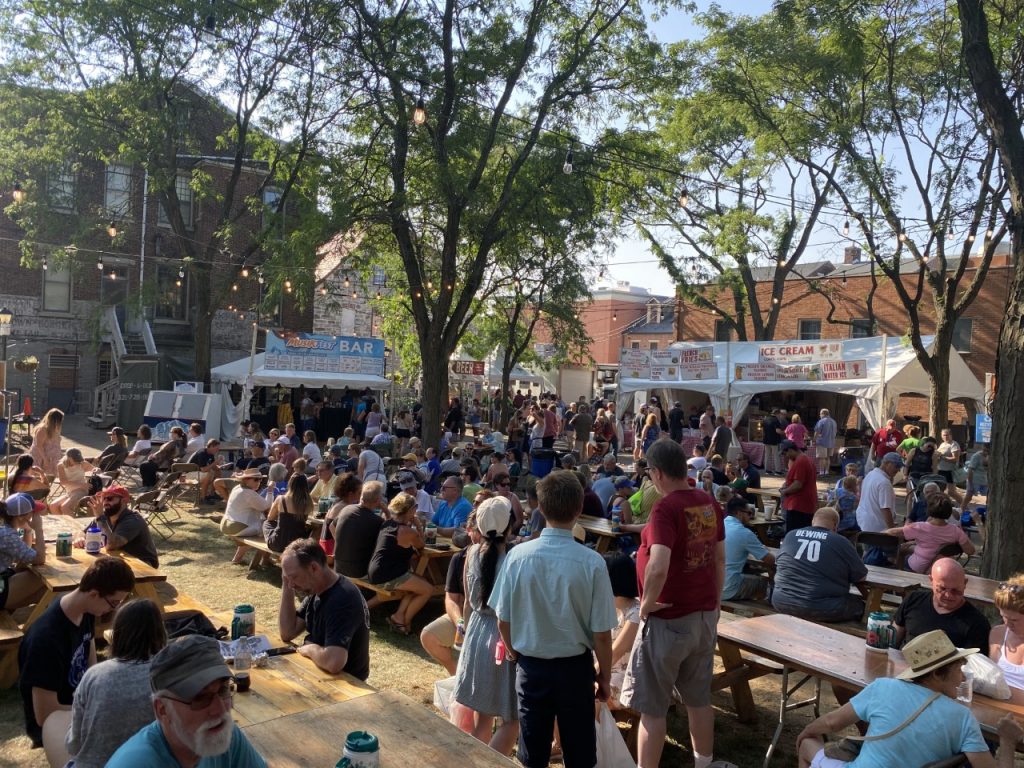