In our regular Friday feature, “What You Need to Know,” WLVR’s Brad Klein speaks with WLVR News Director Jen Rehill about the week’s top local news. This week: a close look at Thursday’s debate between candidates in the Allentown mayoral race, Democrat Matt Tuerk and Republican Tim Ramos. And a quick review of the coming election deadlines. Monday, October 18, is the last day to register to vote.

“Last night, WLVR and our sister station PBS39 hosted a debate between candidates for the Allentown mayoral race: Democrat Matt Tuerk and Republican Tim Ramos squared off with our own Genesis Ortega as moderator. Let’s talk about some of the highlights.”

“Brad, I think, you know, the candidates really focused on some of the big issues in Allentown. The debate kicked off with a conversation about gun violence in the wake of some recent shootings in the city and how to best handle that, how to best prevent that kind of violence.

“Another big topic was housing affordability, creating affordable housing versus creating jobs. Ramos was all about helping families get into homeownership. Tuerk talked about the importance of creating good jobs for people to be able to afford housing.

“But I’ve got to say, a lot of the time in the debate was really spent taking shots at each other about who was really more of the local resident, who had the interest of the locals in Allentown at heart.”

“Yeah, there was a lot of insinuation about who’s the local and maybe also along ethnic lines, who’s more deserving of the Latino vote in Allentown.”

“Both were clearly vying for the Latino vote, that’s a population that obviously makes up a majority of city residents now. And at one point, Tuerk accused Ramos of running the Republican chapter of ‘Latinos for Trump,’ sort of trying to divide a line between them along the Democratic/Republican lines. But Ramos said that wasn’t true, that he was involved with the Republican party of Lehigh County, but not ‘Latinos for Trump.’”

“Ramos declined to really take that opportunity to embrace Trump as you said. Both were vying for the Latino vote. How else did that manifest itself? For one thing, in the round where they got to talk at each other, ask each other questions, Matt Tuerk chose to ask Tim Ramos in Spanish.”

“That’s right. So there was a crossfire round right in the middle of the debate where the candidates could ask each other questions and Tuerk turned to Ramos for his second question and started speaking in Spanish.  Tuerk, you know, touts his fluency in Spanish, and he asked his question in Spanish and asked Ramos to answer in Spanish, maybe anticipating that Ramos would have some trouble with that. But my understanding was that Ramos did quite well. I don’t speak fluent Spanish, so I can’t really speak to that. But my understanding from Genesis was that his answer was sharp and to the point.

“You know, another interesting thing in this race is neither has held office before, so whoever Allentown is going to get for its next mayor, they’re going to be a newcomer to public office.”

“There are a few deadlines we should mention before we leave ‘What You Need to Know,’ starting with voter registration. Monday is the last day to register to vote before the Nov. 2 election. You have to be a U.S. citizen and a resident of the state. You can submit your application online or deliver it to your county registration office.

“Any other deadlines to think about?”

“Well, voters in Northampton and Lehigh counties have now been getting their mail in ballots, and in Northampton you can drop your ballot off now. There’s a handful of drop boxes across the county in Lehigh County. Those drop boxes will open on Oct. 18. As you mentioned, that’s also the deadline to register to vote.

“Then the last deadline to keep in mind is if you still want a mail-in ballot and you don’t have one yet, you have until Oct. 26 to apply for that.”

“All right, well, if you, the listener, are looking for reliable information concerning this and future elections visit Vote.Pa.gov. 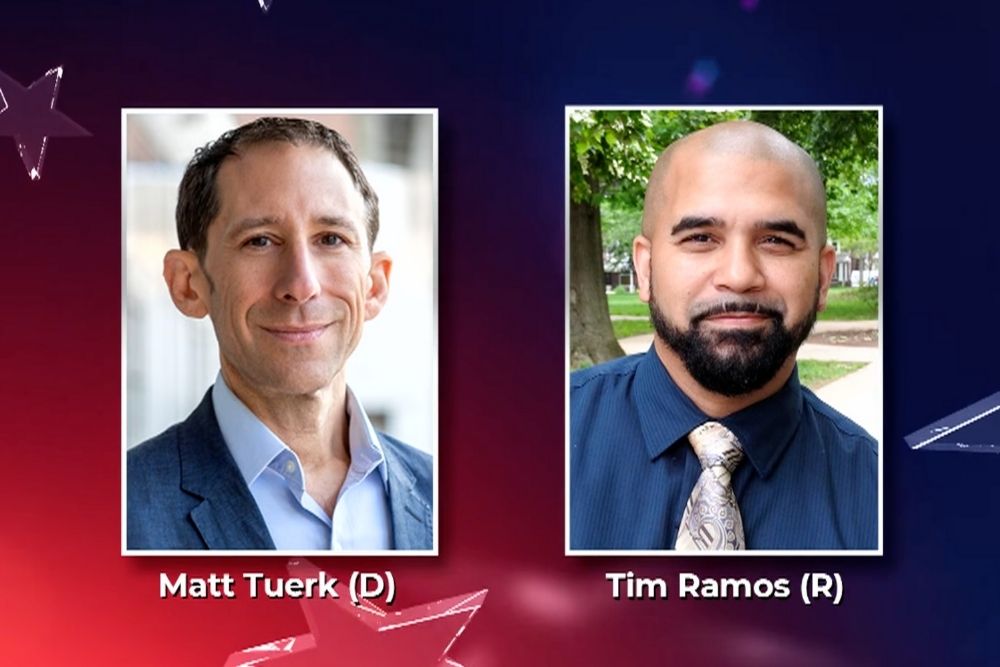