It has been nearly 70 years since a sitting Pennsylvania state lawmaker ran a successful bid for governor.

But as the 2022 gubernatorial election approaches, several members of the state Senate, — including the most powerful elected Republican in the legislature, Sen. Jake Corman of Centre County — are trying to be an exception to that long-standing rule.

In a phone interview shortly after announcing his gubernatorial bid — and shortly after emerging from isolation in his furnished basement due to a breakthrough case of COVID-19 that derailed his announcement — Corman said he’s not sweating the history.

He has clearly thought about precedent, though.

Corman won his senate seat in 1998, taking it over from his retiring father J. Doyle Corman Jr. He has served during a long period of Republican dominance in the chamber, rising to the position of senate majority leader in 2015, then president pro tempore in 2020.

He knows who the last governor was to go straight from a seat in the legislature to the state’s top office: Democrat George Leader, elected in 1955 after a stint in the state Senate. Like Corman, Leader took over his Senate seat from his retiring father. Unlike Corman, he only stayed in the chamber four years and notably ran for state treasurer partway through his term, a move that, though he lost narrowly, probably gave him enough statewide name recognition to pull off an upset in the gubernatorial race.

To find a state lawmaker who rose to governor after a long career in the legislature, you have to go back even further, to 1919. That year, in the wake of World War I and after becoming well known for spearheading the creation of a state highway system, Republican William Cameron Sproul took office after serving 22 years in the Senate, including as pro tempore.

The rarity of state lawmakers becoming governor isn’t for lack of trying. There’s no shortage of examples of failed campaigns. So why, then, is long legislative experience such a bad indicator of gubernatorial success?

Chris Borick, a pollster at Muhlenberg College, says it generally comes down to voters’ preference for a clean slate.

Legislative service like Corman’s, “comes with baggage,” he said, “often associated with lots of votes and records that become easy targets for opponents to point out, both in primaries and in general elections.”

The baggage of experience

Corman isn’t the only member of the legislature running for the GOP nomination. Fellow senator Dan Laughlin (R-Erie), has officially joined the primary race, and Sens. Doug Mastriano (R-Franklin) and Scott Martin (R-Lancaster) are expected to join as well.

Lately, there has been talk that former GOP House Speaker Mike Turzai — who made an unsuccessful 2018 gubernatorial bid — might be interested in running again.

It’s a field full of political insiders, but Borick notes that there are different levels of insider.

“If you’re trying to identify Pennsylvania political figures who are very much at the heart and inside the policy debates and the legislation-making process, it’s hard to find somebody that’s more inside than Jake Corman,” he said.

Corman grew up in a political family. Along with his father’s long tenure in the Senate, his mother Becky worked for many years as a prominent GOP campaign organizer and consultant.

There are perks that come with seeking higher office as a long-established politician, Republican consultant Chris Nicholas points out.

One of those is institutional support. Already, Corman has assembled a who’s who of Harrisburg insiders as his campaign staff, with two separate consulting firms and a former spokesman for former Republican Gov. Tom Corbett on board.

But Nicholas, one of the increasingly few Harrisburg GOP operatives who isn’t tied to Corman’s campaign, says those advantages are always balanced by big drawbacks.

“One of the issues you have with running for higher office when you’re a caucus leader is that a lot of your accomplishments are backroom deals because that’s what caucus leaders do,” he said. “It’s hard to go out on the campaign stump and brag about that.”

Already, right-wing group Audit the Vote PA, which spreads baseless theories about election fraud, put out an email blasting Corman for his work on a 2013 gas tax increase, his role on the board of Jerry Sandusky’s nonprofit, and his vote for a notorious midnight legislative pay raise in 2005.

Corman doesn’t contest any of that. In his more than twenty years in office, he has “done good things and made some mistakes, without a doubt,” he said. “I’ll wear them both. I’m not a perfect person, but I’ve tried to do a good job for my constituents.”

The pay raise incident — in which lawmakers convened in the middle of the night to give themselves a significant salary boost — is a particular regret, he said.

“Clearly the worst vote I made in my career was the pay raise,” he said.

A closer look at the 2021 school board results in the vastly influential Philadelphia suburbs challenges any decisive electoral storyline.

For much of his career, Corman has had a reputation as a staunch conservative, but a generally pragmatic one.

During his tenure in leadership, he and the GOP-controlled chamber have rebuffed Democratic Gov. Tom Wolf’s attempts at sales and income tax increases and mostly ignored his anti-fossil fuel proposals. They also routinely passed bills they knew were bound for vetoes — ones that would have narrowed abortion access, or limited certain rights of public sector unions.

But Corman also expressed willingness to compromise on a minimum wage increase (his proposal: $9.50 per hour) and to pass a controversial severance tax on the natural gas industry. Both efforts failed in the House. He also helped shepherd a notable pension overhaul through the legislature.

More recently though, as Corman has presided over an increasingly conservative caucus, he has waded more frequently into national political and cultural wars.

He and other GOP senators signed a letter to Pennsylvania’s congressional delegation ahead of the Jan. 6 insurrection in Washington D.C. urging them — without evidence of fraud — to investigate “inconsistencies” in the vote and delay certification of the 2020 election.

Corman also delayed seating an elected Democratic state senator while the GOP candidate for the office disputed election results, and angered people on both sides of the aisle when he seized control of a partisan attempt to review Pennsylvania election results, then gave his blessing to a controversial initiative to subpoena a vast amount of confidential voter data.

These apparent attempts to bridge divides in his party have at times alienated Corman both from Democrats and GOP moderates, and from harder-line conservatives like Mastriano.

In the incident where Corman delayed seating the Democratic senator, the chamber exploded in shouting and Democrats accused him and other Republicans of a “hostile takeover.” When he clashed with Mastriano over election reviews, Mastriano issued public statements saying Corman had “obstructed” and “hijacked” his efforts to find fraud.

Corman maintains that he puts himself in these positions on purpose. The legislature has gotten more divided during his tenure, and so he’s just finding new places somewhere in the middle.

“I always say, when you’re getting screamed at by both fringes, you’re probably in the right spot,” he said.

Thus far in his young campaign, he’s stressing his support for school choice and his history fighting Wolf on issues like COVID-19-related mandates.

He’s currently a plaintiff in a case seeking to overturn Wolf’s school mask mandate. A judge recently handed down a win for Corman and other parents contesting the order, but it remains in place as Wolf appeals.

He also promises to be a governor who knows how to work with the legislature, a trait GOP leaders found lacking in Wolf during his tenure.

In the meantime, Corman says he plans to stay on as pro tempore, and won’t make any commitments about whether he’s going to run for his senate seat again.

Nicholas, the GOP consultant, says none of this is the standard playbook for most of the successful gubernatorial campaigns in recent memory.

The model, he said, “is someone gets in early, establishes themselves as the 800-pound gorilla, and other people either leave the race or don’t get in it in the first place.”

In the 2014 Democratic primary, Wolf, largely unknown a year prior, emerged as a clear frontrunner after building name recognition through self-funded television ads.

This year, Attorney General Josh Shapiro has an even clearer path to the Democratic nomination, with no significant challengers. On the GOP side, Nicholas still thinks almost anyone could emerge as a frontrunner after the rush of candidacy announcements dies down. 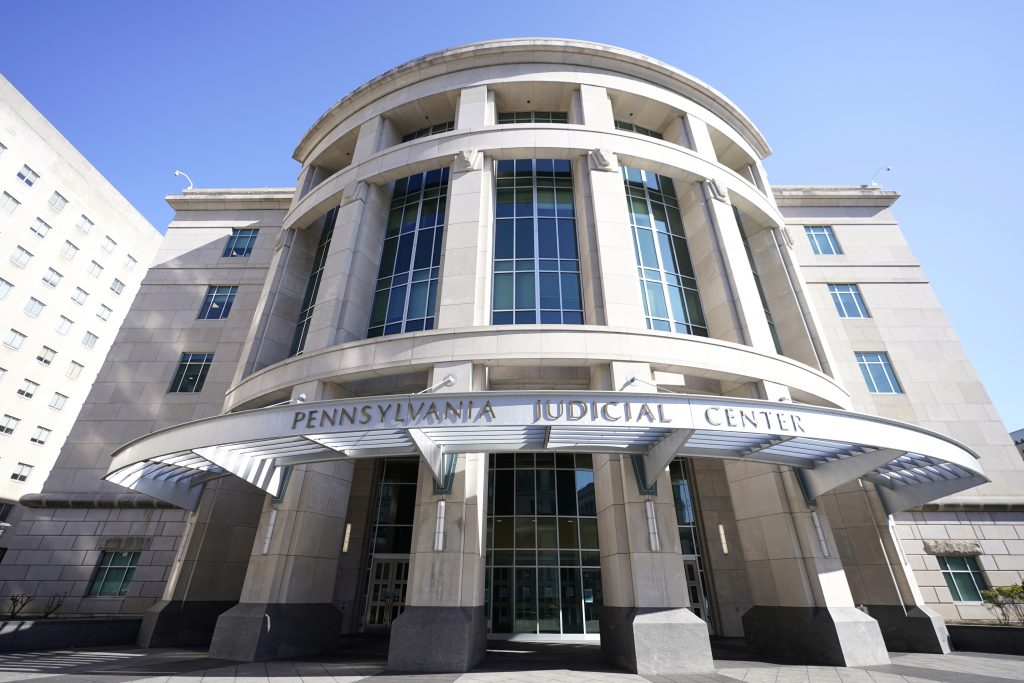 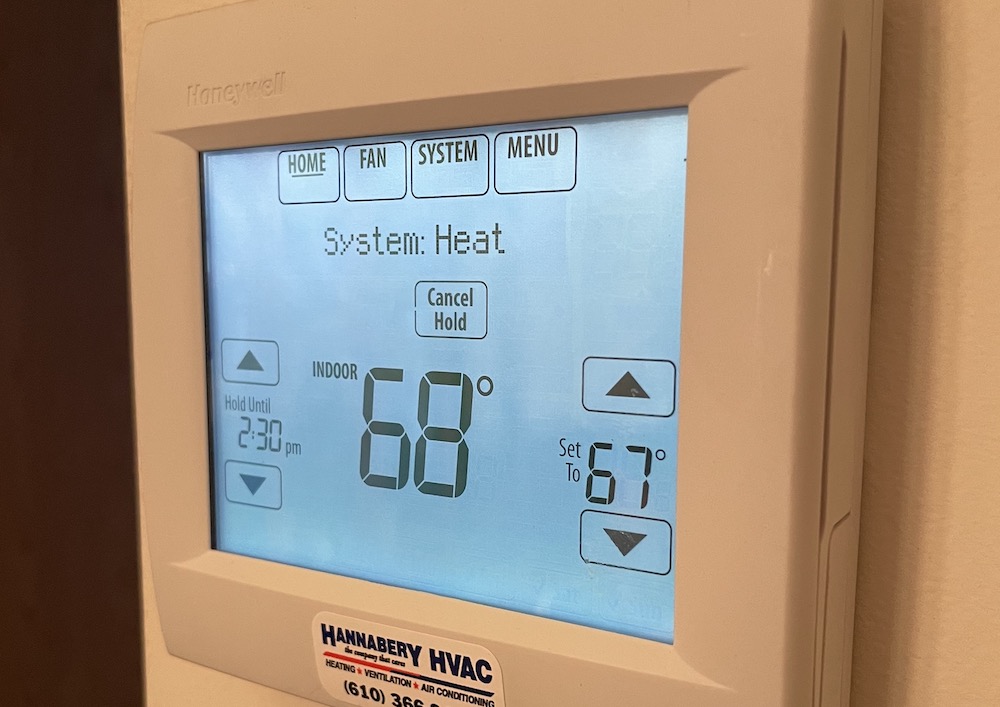 How will you spend Thanksgiving? We asked folks around the Lehigh Valley 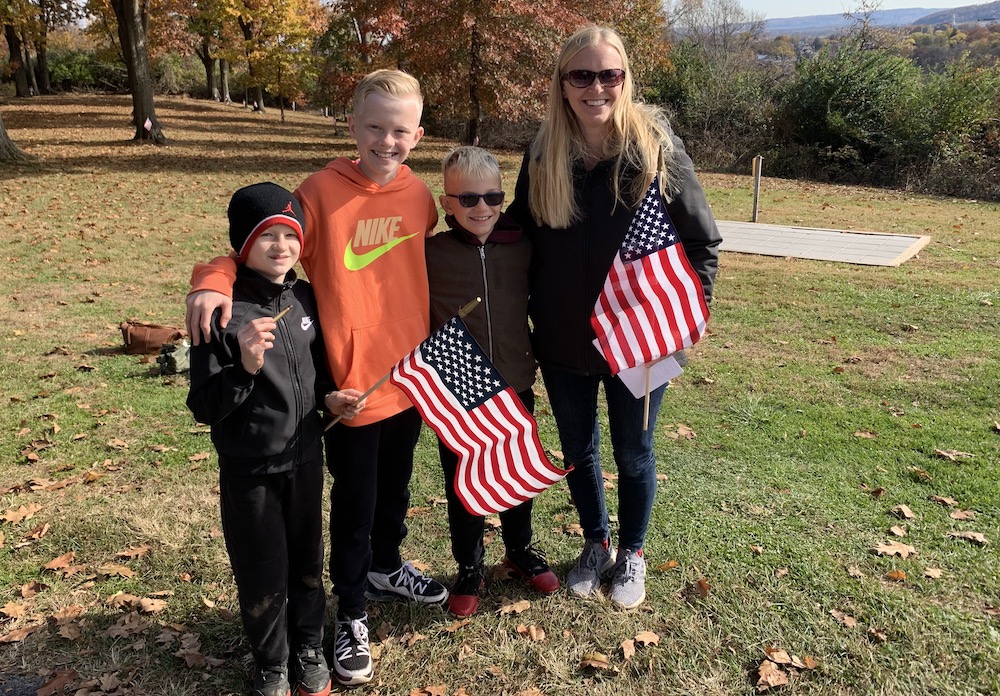