Advocates for Marsy’s Law, a sweeping, long-stalled amendment that would have enshrined certain rights for crime victims in Pennsylvania’s constitution, say they’re regrouping after the state Supreme Court formally threw the measure out last week.

Jennifer Riley, who directs Pennsylvania’s chapter of the advocacy group Marsy’s Law for All, acknowledges that the legal case, which the group had repeatedly appealed through the state courts, is dead.

But she says her organization’s lawyers are now “reviewing options that would satisfy the new legal precedent,” and could potentially begin pushing for another amendment attempt, or for statutory changes that could accomplish some of the same things.

“It’s been really heartbreaking,” she said of the original amendment’s final defeat. “I’ve been hearing from victims from across the state … and everybody is just really, really very traumatized by this decision.”

The victims’ rights amendment had already passed through the state legislature twice and had been approved by a wide margin by voters in 2019. But that same year, the Commonwealth Court prohibited it from immediately taking effect. A judge ruled that it was too broad and would have affected too many disparate parts of the constitution to be passed as a single amendment.

Supreme Court justices upheld that decision six to one, writing that the way the amendment had passed “denied” voters their “right to consider and vote on each change separately.”

The American Civil Liberties Union was one of the primary forces working to keep Marsy’s Law from getting passed. Liz Randol, the legislative director for Pennsylvania’s ACLU chapter, says she thinks the state Supreme Court’s decision reinforces important precedents about how constitutional amendments should work.

For measures as complex as Marsy’s Law, she said, voters shouldn’t be “forced to make a difficult decision, where they may like some provisions and dislike others. Each of those things just has to be listed separately.”

What would Marsy’s Law have done?

Marsy’s Law is the centerpiece of a national effort to enshrine rights for alleged crime victims in state constitutions.

It’s named for Marsalee Nicholas, a California college student who was killed by an ex-boyfriend in 1983. Following California’s adoption of a version of the amendment in 2008, many states have considered it. Versions have passed in 14 states, but courts in two of those states — Montana, and now Pennsylvania — found it unconstitutional

Pennsylvania’s version would have essentially shifted a package of existing victims’ rights laws from the state’s legal code to the constitution, plus added a few additional provisions.

The commonwealth’s Victims’ Bill of Rights, adopted in 1998, gives alleged crime victims over a dozen different privileges they can invoke while they’re navigating the criminal justice system, including the right to be informed of developments in their case, the right to almost always be present during court proceedings, the right to submit a victim impact statement to the court, and the right to be notified if the perpetrator of a crime against them is released from prison.

Marsy’s Law advocates argued that it was important to enshrine those rights in the constitution because it would give victims more influence in court.

Say, for instance, a victim isn’t given a chance to make an impact statement at sentencing. Riley says Marsy’s Law would have given them standing in court, meaning they would have the ability to, for instance, motion a judge to re-do that part of the proceeding.

“Standing, so victims can assert their rights in court, is incredibly important,” Riley said. “But also, we’re trying to change the way our society looks at crime victims and their participation within the criminal justice system… even when you look at the scales of justice, there are only two scales, right? You have the state and you have the defendant. And you know, there wouldn’t be a criminal justice system if there wasn’t a victim.”

The ACLU fundamentally disagrees with that view of the criminal justice system. Along with the procedural argument that the amendment was too broad, the group holds that it would infringe on due process for people accused of crimes.

Randol argues, there’s a reason why people accused of crimes have certain constitutional rights: they have the weight of the state against them and need protection.

“It’s a limitation on making sure that the government doesn’t just pick people up, detain them without any reason, and make summary judgments based on no evidence,” she said. “It has nothing to do about whether or not the state has sympathy for, or cares about victims.”

In particular, the ACLU has long been concerned that judges could interpret certain provisions in the Pennsylvania version of Marsy’s Law in ways that would make it harder for people accused of crimes to be proven innocent.

Marsy’s would have let victims refuse requests for information — i.e. “discovery” — from the accused or anyone acting on their behalf. That can already happen under current law, so lawyers can ask a judge to compel a victim to turn over the information.

Marsy’s Law defenders say the right to refuse discovery wouldn’t do much of anything, since it’s already accepted law. But the ACLU and other opponents have argued that if a victim gets a constitutional right to refuse to comply with defense discovery motions, some judges might not issue orders to compel it.

Although the amendment itself is now dead, questions of how to balance rights for alleged victims and perpetrators of crimes could resurface, either in a new amendment, or in proposed state laws.

Randol says the ACLU is currently keeping an eye out for spinoff legislation.

She notes, the group doesn’t oppose every part of Marsy’s Law. Sections that would have formalized the process by which victims get notified about progress in their cases, for instance, were no problem for the ACLU.

“Whether we like how they might draft it, it’s far more appropriate, and certainly is a lot less complicated … and takes less time for the legislature to make some of the changes that were in Marsy’s Law,” she said.

Riley, too, said she won’t be surprised if related bills start popping up soon.

“I know a lot of people were just kind of waiting to see if Marsy’s Law would be successful through the court process,” she said. “I’m sure there’s a lot of folks, including legislators, looking at the options.”

Rapid testing for COVID-19 vs. PCR tests: When to use them 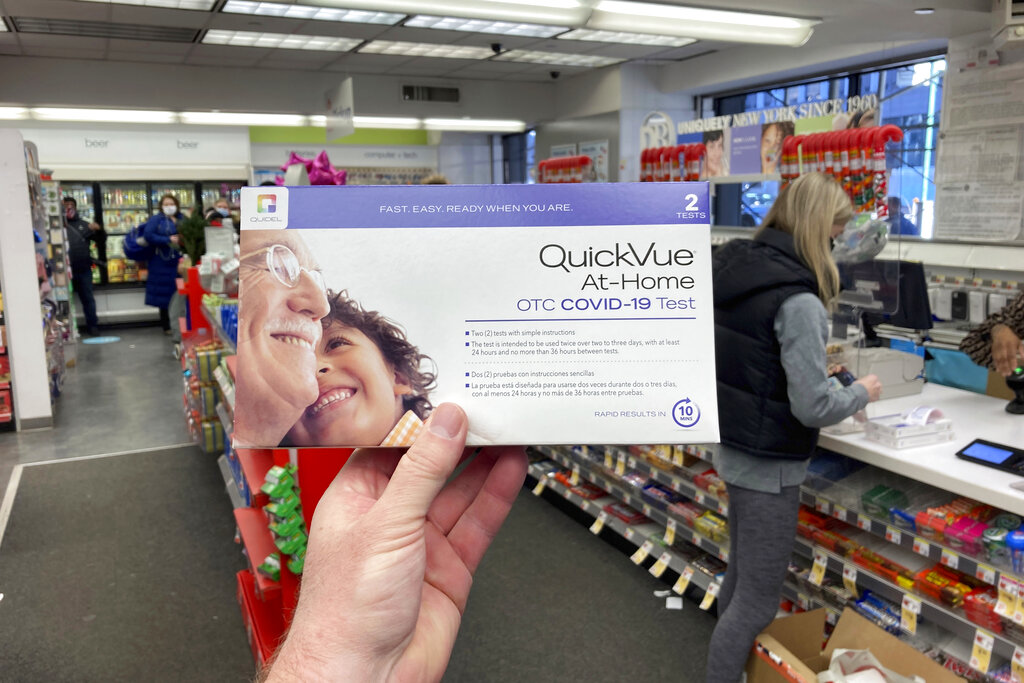