Every election cycle, candidates for the U.S. Senate and House have to file detailed, public reports on their personal finances.

Most candidates filed these reports by last summer.

But this cycle, one in which two of Pennsylvania’s leading GOP Senate candidates are independently wealthy and at least one is sinking millions into his own campaign, voters still don’t have access to any information about those two candidates’ personal finances.

But here’s what is public about the places where Pennsylvania’s U.S. Senate candidates get their money.

Oz and McCormick are rich. But how rich?

Mehmet Oz and David McCormick, respectively a wealthy TV doctor and the recently ex-CEO of Bridgewater, the world’s largest hedge fund, haven’t yet filed their personal financial disclosures. Oz, who announced his campaign in late 2021, sought an extension — routine among candidates — and will have to submit his paperwork April 6.

McCormick, who didn’t formally announce until this year, has a little longer: 30 days before the May 17 primary. He also hasn’t had to file any campaign finance reports, so the only information available about his finances comes from the PACs spending prodigiously on his behalf. They’ve spent $9.4 million and $230,000, respectively, mostly on ads attacking Oz.

What is known about Oz’s finances comes from his campaign reports, which he did have to file. He was his own biggest contributor, sinking $5.2 million into his campaign account. He also has PACs acting on his behalf — chiefly, American Leadership Action. The PAC has spent a little less than $2.3 million, mostly on ads attacking McCormick.

The rest of the Republicans

Bartos, who is chiefly a real estate developer, is involved in a dozen different real estate and construction companies, mostly in the Philadelphia suburbs.

Throughout 2020, and up until he filed his disclosures in August 2021, he made more than $700,000 from six different companies for which he’s listed as a partner or managing member. In the case of a seventh, FMG Operating Company LLC, with which his campaign says Bartos is no longer affiliated but for which his wife handles operations, he’s listed as an employee.

He’s also affiliated with five other, similar companies from which he drew compensation primarily in the form of stock dividends. For one of those companies, JAB Energy Services LLC, he’s listed as the president. Stock income is reported less precisely in Senate filings, but between those five companies, as well as six other companies he’s affiliated with where he also owns stock, he made somewhere between $205,000 and $1.2 million.

Bartos and his wife also own significant stock unrelated to Bartos’s business relationships, both jointly and separately. Holdings include Boeing, Apple, health insurance provider Anthem, BP Pipelines, General Motors, and Pfizer. He appears to have begun dabbling in cryptocurrency, too — he owns Ethereum and Bitcoin, both of which could be valued at up to $15,000 apiece. He reported no liabilities.

His campaign did not comment on whether he would divest from any of that stock or separate from any of the companies he’s involved with if he wins the election.

Sands has served as an investment firm CEO and ambassador to Denmark under President Donald Trump. She took over the firm, Vintage Capital, after its founder and her husband Fred Sands died in 2015.

These days, she reports that she brings in no earned income from the firm, or from anywhere else. She has a trust in her name, though its value isn’t disclosed. She also has millions of dollars in mutual funds and a long list of stock holdings, including in Alphabet — a.k.a. Google — Amazon, health insurance provider Anthem, private equity company Blackstone, and Facebook.

Her campaign didn’t immediately return a request for comment about whether she would divest from any of those stocks if elected. She reported no liabilities.

Barnette, who chiefly works as a conservative political commentator and is perhaps best known for her fruitless search for evidence of widespread 2020 election fraud, is the least wealthy candidate in the high-rolling GOP field.

She made a little less than $10,000 in 2020 giving speeches to conservative groups, like anti-abortion organization Heartbeat International. She brought in $17,000 more in royalties from her 2020 book, Nothing to Lose, Everything to Gain: Being Black and Conservative in America.

The primary income that Fetterman reported was his $217,610 lieutenant governor salary. He owns stock in one company, Verizon, and made between $201 and $1,000 off of it from the beginning of 2020 to the time he filed his financial report, in May of 2021.

He reported no debt, and his listed assets included only bank accounts. Among them are a joint checking and savings account and a personal bank account, which Fetterman’s campaign said don’t hold more than $500,000 altogether. The Fettermans also have savings accounts for each of their three children that hold at least a few hundred thousand dollars.

Fetterman, who drew no salary during the decade-plus he spent as mayor of Braddock before becoming lieutenant governor, has noted in the past that assistance from his parents — who own a York, Pa., insurance company — allowed him to be mayor as a full-time job. A campaign spokesperson said any money he has saved up comes from “his salary as Lt. Gov. as well as some money from his parents from over the years.”

The spokesperson also said that Fetterman “will sell any and all stock he holds if elected to the Senate.”

Of all the candidates on either side of the aisle, Kenyatta has the simplest financial disclosure. He made $89,432 as a state legislator during his filing period, reported no assets, and has between $100,000 and $250,000 in student loan debt.

His campaign spokesperson noted in a statement, one of the arguments undergirding his campaign is that Pennsylvania needs “a candidate that understands in their bones what working Pennsylvanians are going through.”

Kenyatta, the spokesperson said, “is that candidate and will be that senator.”

As a sitting member of Congress, Lamb doesn’t have to file candidate reports. He does, however, file annual reports as a member.

His last several have been relatively consistent. On top of Lamb’s $174,000 congressional salary — which members don’t note in their reports — his most recent filing for the year 2020 noted that his wife, Hayley Haldeman, made $122,000 through her position as executive director at Pittsburgh’s Mattress Factory Art Museum.

Haldeman had previously worked at the law firm Jones Day but left the position in 2019, after marrying Lamb. In 2019, the first year the couple jointly filed their taxes, she reported income from both that job, and the Mattress Factory. Lamb’s financial report for that year also showed capital gains from Haldeman’s holdings in mutual and exchange traded funds, but she has since sold them.

The couple has a mortgage valued at up to $250,000, and Lamb’s only other source of income is from rent — kind of. Lamb’s brother and campaign manager, Coleman Lamb, lived in his basement until late 2020 while the two worked on the campaign. Coleman said he paid $800 a month to keep things “by the book.” His brother, he added, is “a very by-the-book guy.” 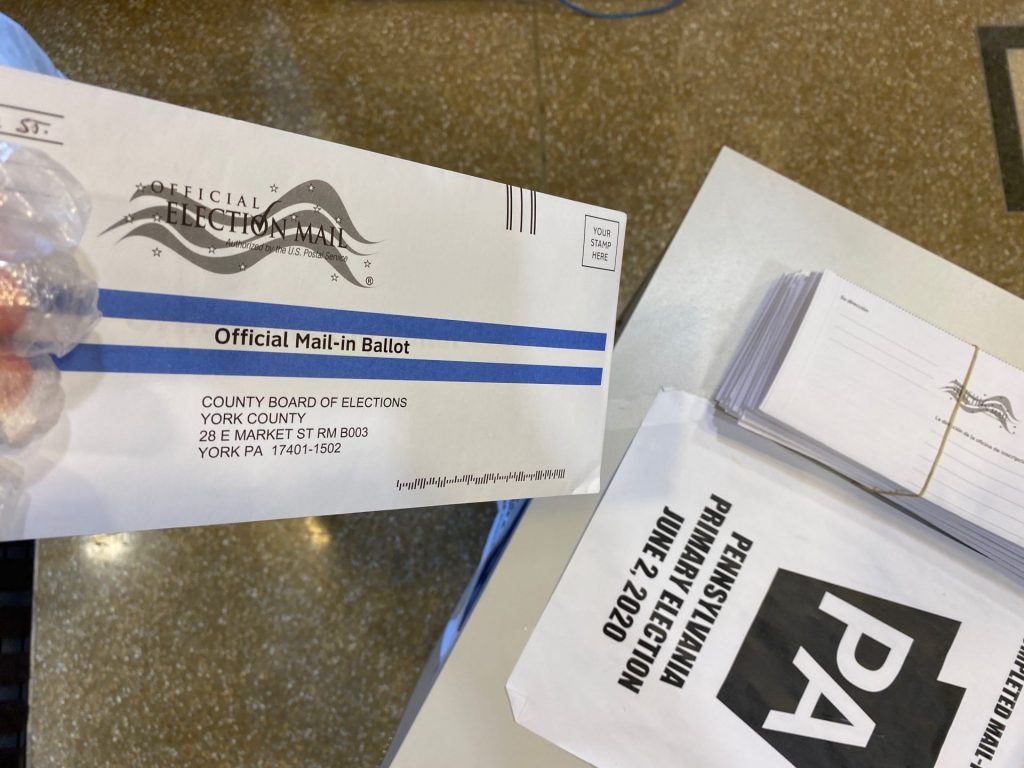 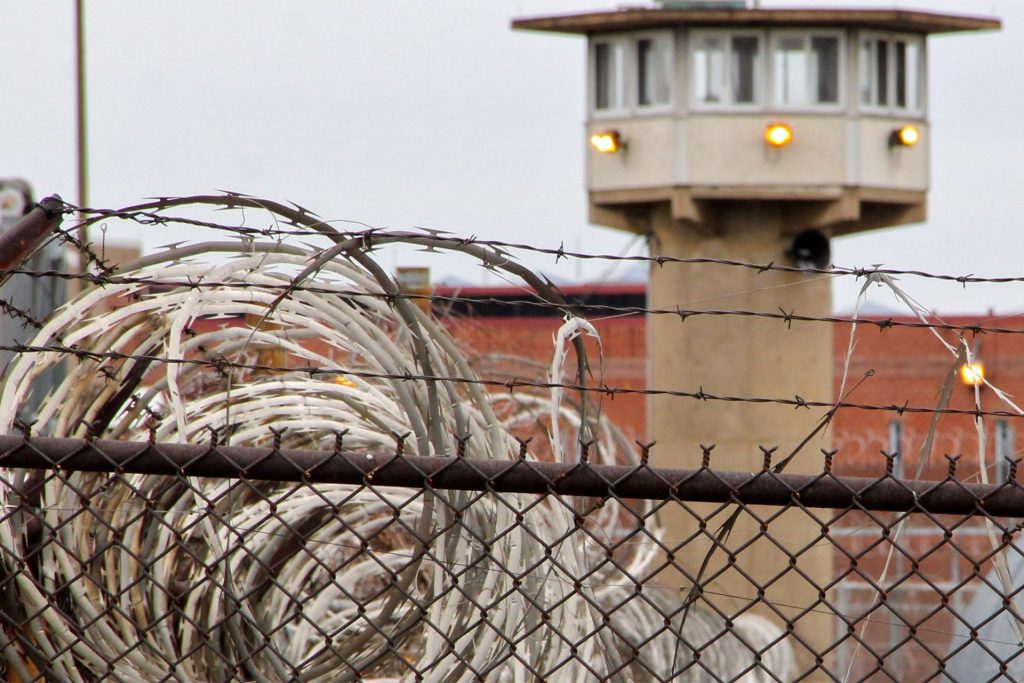