MACUNGIE, Pa. – After two years of being shuttered during the coronavirus pandemic, a staple of the community is bouncing back with new leadership and new events.

The Macungie Institute – a former schoolhouse turned multipurpose community center, meeting place, stage and museum in Macungie – had to shut its doors after COVID-19 struck. It remained that way until earlier this year.

Darlene Misselbeck was hired to reopen the building in January, and it officially reopened in April.

Misselbeck has lived in the area since 2011, and has worked to bring the in-person community back to the institute and area, saying she feels blessed to be in that position.

“It’s really allowed me to become entrenched in the borough and the surrounding areas, because there’s nice crossover with different parks and recreation groups and things,” Misselbeck said. “So I feel very fortunate to be here.”

The institute started as a schoolhouse in the mid-1800s, and later was integrated into the borough, then into the East Penn School District.

The original building was replaced in the 1940s, then in 1989, after 133 years, it closed. It was purchased by the borough and reopened in 2000 as a community center.

“I honestly think that the institute holds a very special place in most people’s hearts, whether it’s their memories of attending here, themselves, or their kids, or whatever,” Misselbeck said.

“But the building is just such a nice, historic landmark within within the borough that people feel very passionately and very fondly about the institute.

“We have grandparents and granddaughters who actually went to school in the same classroom. You know, people relate to that and they come in, they say, ‘Oh, I was here.’”

Misselbeck said Macungie Borough Council as well as the local nonprofit Friends of the Macungie Institute have been big supporters in activities and other needs. Someone also has volunteered to help redesign the institute’s website in the near future.

Many classes and activities have resulted from Misselbeck reaching out to the community on Facebook and residents of Macungie giving ideas in return volunteering to host events themselves.

The institute is now back holding classes, Scout meetings, blood drives, club meetings and more, with rentals for private events already filling up. Upcoming events at the Macungie Institute include a Microsoft Word workshop, a free community health lecture series by local doctors, and a family game night.

Monica Springer had no connection to the building before a crochet class that Misselbeck said had 46 signups kicked off a Fabric and Textiles club. Springer said she’s been present at it month after month.

“It’s good because you all have a common interest,” Springer said. “And most of the people that are into some kind of fabric type thing like this are curious about the other things we just may not have picked them up yet.”

She said, for example, people have brought in their own projects, from crocheting to even once a club attendee brought a loom to spin fabric. The biggest thing, though, has been being able to get out and see people in person.

“I think we’re missing the people element and society too much anymore,” Springer said. “It’s become too closeted. We’re too content to be alone and I don’t think we we’re designed to be that way.”

Anne Tucker, an attendee at the institute’s book club, said, “I like seeing the different classes and events that are being offered now. You know, I think it’s really encouraging to have something that’s kind of homey and accessible.”

Misselbeck said she’s open to more suggestions as the community center continues to build back, and hopes to see more attendance as summer activities wind down.

“If you’re interested in hosting a class for the community, I would absolutely love to hear from everyone because I can’t do everything myself,” Misselbeck said.

“I want to bring in the people who have the gift to teach certain things. That way, we can make it available to others.“ 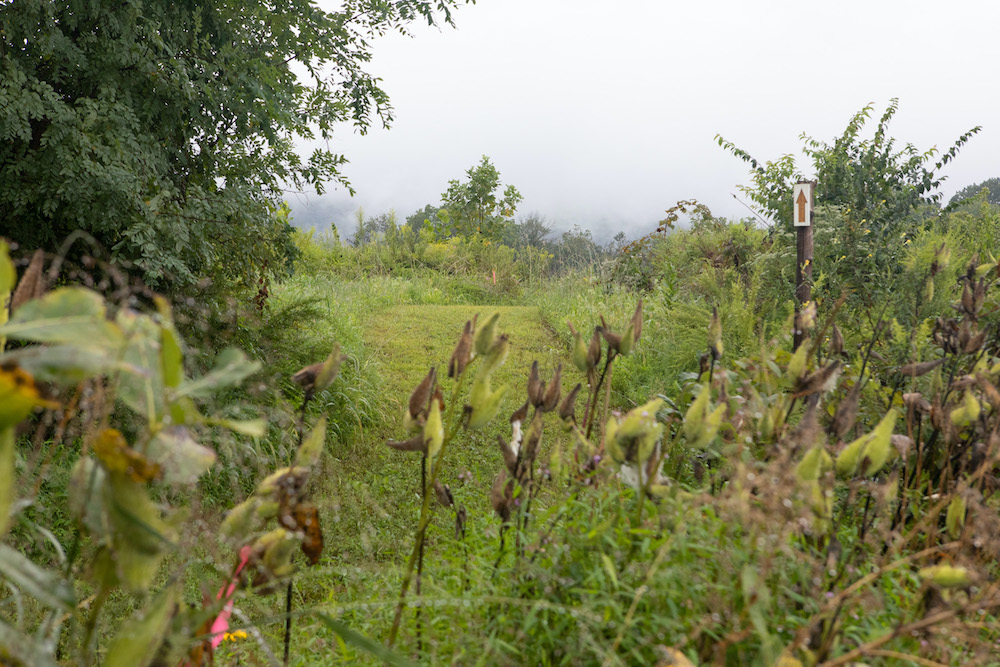