It’s been a year since Allentown schools were open. When the pandemic hit, the Allentown School District sent more than 17,000 students home to grapple with learning virtually.

The district is one of the largest and poorest in the state. Some buildings are more than a century old. ASD administrators struggled to make campuses COVID safe.

When students come back to William Allen High School there will be a lot of new features.

A watering station is one of them.

Standing in the school’s main hallway, Principal Shannon Mayfield says you may have seen these types of eco-friendly devices if you’ve been to an airport lately.

“So, if you brought your water bottle in you would sit it there. The filter status right now says it’s green, it’s good to go,” Mayfield says.

Classic water fountains, the kind you’d use your mouth to drink from, may not have been the most hygienic to begin with. Now, in the time of COVID, they’re practically unthinkable.

“Health and safety measures like this are going to make it better for kids to be more comfortable as well as families, teachers and others coming into a building,” Mayfield says.

“In short what those devices do is we put them in all of our HVAC units, those devices basically ionize the air,” says Thomas Smith, ASD’s facilities director.

Quick science lesson: ionization charges particles. That makes it easier for new filters the district installed to catch virus particles. And Smith says the GIDs have a second job.

“The ionization of air actually deactivates the virus. I believe it strips the hydrogen molecule off the virus and makes it inactive,” Smith says.

The hope is in a post-COVID world these devices may kill other airborne pathogens too, like the flu, Smith says. That means maybe fewer sick kids in classrooms.

Smith walks to the former health classroom. It’s now going to be a negative pressure room, a place where a student or teacher who tests positive for the virus while at school can isolate.

He says he didn’t have to be a science expert a year ago.

“COVID is stressful enough, but then to be on the end to try and find solutions is even more stressful. But knowing the end goal was to get the students and staff back in the building is very satisfying,” Smith says.

One challenge was increasing airflow in the rooms. That’s not as tough at William Allen which has newer buildings, but some schools were built in the 1800s. They have old electrical wiring. Some don’t have air conditioning.

“Making older systems bring in more outside air, sometimes in the winter when you have really cold temperatures it causes problems. You freeze steam and water coils and you have wet classrooms,” says Nick Middlecamp, ASD assistant facilities director.

And, he says, ASD isn’t alone.

“The problems we are experiencing, the questions, re: the concerns of staff, students and parents, it’s statewide. It’s not just Allentown. It’s Harrisburg, it’s Northwestern Lehigh School District,” Middlecamp says.

And if COVID enhancements sound expensive, they are. Remember those germ catchers? They’re $1,000 apiece.

The district got a $2 million COVID relief grant for the upgrades. That work is almost done at William Allen. But ASD needs to come up with more money to refurbish its more than 20 schools. This may be tough since ASD recently announced it has a deficit in the tens of millions, Smith says.

“There’s huge inequities in public school district funding throughout the state of Pennsylvania and if it wouldn’t be for the fact we were fortunate enough to get grant money to implement these COVID relief strategies, I don’t know where we would be,” he says.

Everyone working on the upgrades says they can’t wait for kids to be back.

“I sympathize with our graduating class from last year. That would have been devastating to me, not having things like prom, walking across the stage for graduation. Living in Allentown all my life and seeing these schools vacant is strange. It’s eerie,” Middlecamp says.

And Principal Mayfield says it’s “totally weird” not having 3,000 kids making noise in the hallways.

“You don’t hear the hustle and the bustle,” Mayfield says, “I mean this is the third-largest high school in the Lehigh Valley, five buildings. It’s a city in a city. And our city isn’t thriving the way we know it can.”

There are still plenty of challenges at William Allen, like not enough space for all the students to stay socially distant.

But ASD says it plans to start bringing kids back under a hybrid model in mid-April. Part in class, part still virtual. 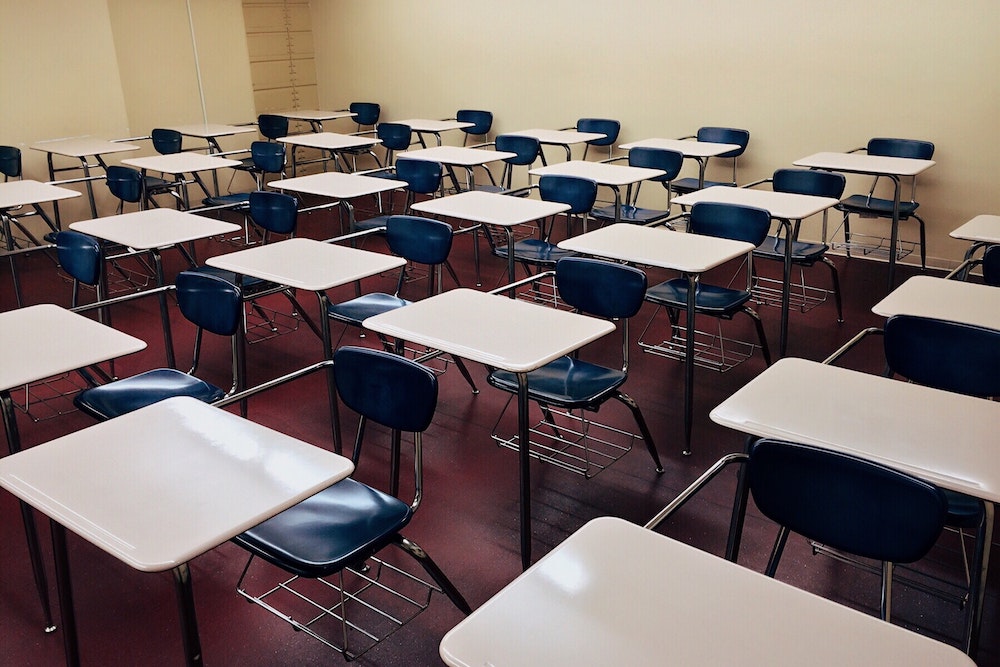