More than 565 people have traveled to space, yet only 65 of them have been women.

Still, nearly 40 years after Sally Ride became the first American woman to go into orbit, the face of the space industry is changing. And right now, NASA is setting the stage to send the first woman to the moon.

As part of Women’s History Month, WLVR is celebrating the female astronauts, engineers and scientists who play a crucial role in space exploration. We talk with five women who have reached new heights by blasting through gender barriers and shaking off stereotypes.

Within the next couple of years, NASA’s Kennedy Space Center in Florida plans to send the first woman to the moon as part of its Artemis program.

“Fast forward, you know, 50-years, and to look at the makeup of our team and see the diversity. I mean, it’s a reflection of the society that we live in. And that’s a wonderful thing,” Blackwell-Thompson says.

But changes at NASA have come slow. Right now, women make up only a third of the agency’s workforce.

Thirty-three-year-old NASA astronaut Zena Cardman of Williamsburg, VA, is one of them. The former Penn State University fellow is also one of the women who could be chosen to go to the moon.

“We’ll be going to a different part of the moon than ever before. The south pole of the moon has really interesting spots where you have permanently shaded regions right next to permanently illuminated regions. That’s a great spot to set a base camp up for doing research,” Cardman says.

The path she’s taking was paved by women who broke through the highest glass ceiling, she says, space flight.

It wasn’t until 1978 that NASA introduced its first class of female and non-white astronauts. Lehigh University professor Terry Hart was part of that group.

“There were six women in the group. One of them was my office mate for four years, Sally Ride. She was so excited about the prospect of flying in space, not so much about being the first woman, but just to have the opportunity to go to space. She was truly an explorer.”

Ride is one of dozens of women who have changed the face of the space industry.

Amy Marasia runs the NASA team assembling “Orion,” the spacecraft that will take the first woman to the moon.

“The Artemis 1 capsule will be traveling at 25,000 miles per hour and will see temperatures up to 5,000 degrees Fahrenheit,” Marasia says.

To put that in perspective, on Earth, temperatures half as hot are used to melt steel.

That garden is now thriving on the International Space Station. They’re growing cabbage, flowers, and leafy greens like kale.

“We want to be as sustainable as possible. I think of spaceflight as going backpacking, right? You want to get as much out of your backpack as possible,” Loftin says.

Loftin says with every challenge, there’s an opportunity. It’s something she learned in a high school science class.

“The first day in class, he [the teacher] said, I want all you girls in the class to understand that girls generally don’t do well in chemistry. Instead of being discouraged, I was like, ‘oh yeah?’ I went on to win the best chemistry student in the school award,” Loftin says.

Casey Hoffman is a rocket engineer at Astrobotic Technology in Pittsburgh. She says she’s been slamming stereotypes about women working in science since she was a kid.

“When I was a kid I played with model rockets. I didn’t have dolls. I played with toys like Legos, which got me into the engineering mindset,” Hoffman says.

Hoffman’s work will help NASA explore the moon. She designs lunar landers that will carry equipment to the lunar surface. These deliveries are called “payloads.”

“Payload, think of it as if you were sending a package to your grandparents. You put it [package] into one of those USPS two-day overnight pre-made boxes. Same idea. We do that, strap it to the bottom of a [Lunar] Lander, put it on a rocket, and launch it 300,000-miles to the moon.” she says.

Colorful tattoos of spaceships and rockets on Hoffman’s arms and legs commemorate the missions she’s played a role in and the adventures she’s had.

According to the National Science Foundation, women make up half of the total U.S. college-educated workforce, but they make up less than a third of the science and engineering workforce.

That’s one reason why Hoffman is encouraging more young women to say “yes” to STEM careers.

“Try new things,” Hoffman says, “Don’t let a gender, a label or anything hold you back. It’s imperative for yourself to get out there and try something new.”

NASA says it plans to land the first woman on the moon by 2024.

Tagged as future is female NASA women in space

Standardized testing will continue this year 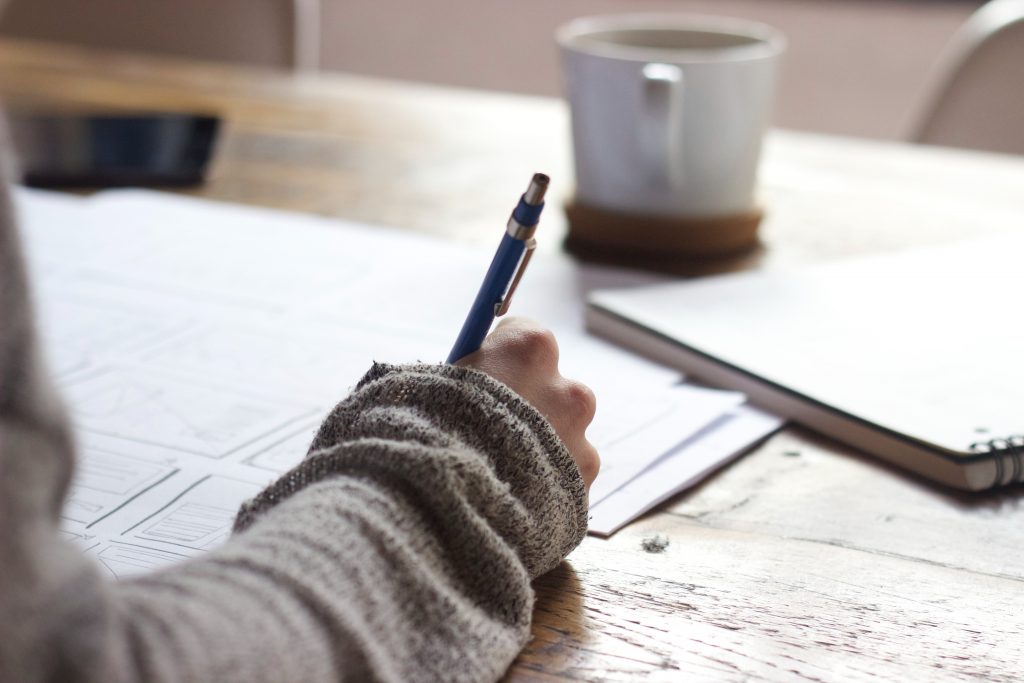