ALLENTOWN, Pa. – When you think of small business, you often think of the associated challenges that come with it. There’s cash flow and financial management, increasing brand awareness, lead generation and many other common problems.

It’s why more small business owners across the Lehigh Valley are banding together — exploring co-marketing and partnerships, hosting pop-up events and turning the very idea of being “competitors” upside down.

In short, it’s a strength-in-numbers initiative that has not only aided in keeping businesses afloat but is helping them to thrive.

Lauren and her husband, Juan, both left their corporate careers and poured themselves (pun intended) into creating a different kind of coffee shop experience in the Lehigh Valley. Pretty quickly, they found a way to turn their business into a shared space to support other entrepreneurs.

Nowhere Coffee Co. now hosts a bookshelf supporting Apport Used Books in Emmaus  — with a mix of titles available the Vargases describe as “super eclectic, from philosophy to mycology to wildlife of the western states”   — and also partners with Laura Valasakos of High Point Kombucha, selling a product that is made through a small business incubation program.

“A few days ago, the [owner of the] Udder Bar in Allentown also approached us and so we formed a partnership with them. They’re going to provide the ice cream for our frappes,” Juan Vargas said, describing how the current culture has allowed business owners to think more creatively and more collaboratively.

That mindset is the reason the Vargases will soon open a second location for Nowhere Coffee Co. inside a shared space with South Mountain Cycle in Emmaus.

“It was important for us to reach out to other small businesses and work with them,” Lauren Vargas said. “And then when South Mountain reached out to us, and we saw all of this stuff moving forward, you know, we only have this opportunity because another small business said, ‘I want to do this as well, right? I want to take this opportunity to give somebody else a chance.’

“We took the biggest risk that a family can take [when] we both walked away from jobs to do this. And I think every day something happens that tells us this was the right thing, and you’re making the right choices. And you know, it’s benefiting everybody around us,” she added.

Another business fully embracing the idea of community is Jay’s Local, a neighborhood eatery nestled in Allentown’s West End within walking distance to Muhlenberg College. Not only does the café have its own list of delicious and innovative dishes with locally sourced ingredients, the building has become a multi-use space shared with culinary entrepreneurs to help them grow their brand.

The program — part pop-up restaurant, part ghost kitchen program — has a growing list of people looking to get in the door to experiment with food, test recipes and attract new customers without the expensive overhead of having their own brick-and-mortar location.

One of the people finding success with the program is Ron Foxworth, the owner of Lá Amé Dé Cuisine, a catering company serving up multi-ethnic cuisine, including Indian, Moroccan and Caribbean foods.

“For me personally, it takes a little weight off my mind that even small businesses can make it now,” Foxworth said as he prepped for a recent pop-up event at Jay’s. “It’s creating an opportunity because [Jay’s Local owner Lyell Scherline] really understands community and family. And it’s nice to not have to put the burden on family and say, ‘Hey listen, I’m going to take out my life savings, I’m going to do whatever I gotta do to make it.’”

The pop-up dates and use of the kitchen will continue, with the pop-up shops generally operating the same hours as Jay’s Local, while chefs utilizing the kitchen can operate after Jay’s closes for the day.

“[Lyell is] a really sweet guy, a real generous guy,” Foxworth said. “We went over some numbers, some dates, and then here we are. The first weekend, everything sold out. It was so fast that the people that came on Friday came again on Saturday.

“We just want to make sure that we’re having a broad aspect of our cuisine and just touching each part of the world to bring it here to the Lehigh Valley,” Foxworth said.

Boosting other business owners has also become a big part of the day-to-day operations of Sherman Street Beer Co. in east Allentown, said co-owner Casey DeCeia, who runs the business with her husband, Beau Baden.

For DeCeia, there was a quick realization that many small businesses — especially those that opened their doors in the middle of the pandemic — don’t have the resources to do everything on their own and many would benefit from collaboration.

One of its first events was a pop-up with Sterner’s Stems, another Allentown-based business that specializes in rare plants, botanical art and succulent design. Since then, the brewery has hosted similar events with the likes of Sugar Mere bakery (specializing in custom sugar cookies) and bigger pop-up markets featuring Bethlehem’s Steel City Plant Co., Handcrafted with Love (specializing in handmade, personalized crafts) and more.

“The more you get to know the people behind the businesses, the more you just want to help them and support them,” DeCeia said.

Naturally, the collaborations extended to food trucks that are on-site to serve hungry customers on days Sherman Street’s kitchen is closed. A particular focus for DeCeia has been to bring in several women-owned businesses such as Red Ticket Café and Queen V Wraps, which rotate weeknight slots and are an arm’s length away for anyone hanging out in Sherman Street’s beer garden wanting a bite to eat.

DeCeia said the ‘it takes a village’ approach has benefited everyone, and collectively these entrepreneurs care about much more than the bottom line.

“We all have like a limited scope of … our base and how to get our name out there,” she said. “And I think, you know, I’ve always said we’re all in this together, and even if it’s just helping each other out, then we need it. I think it’s really important.” 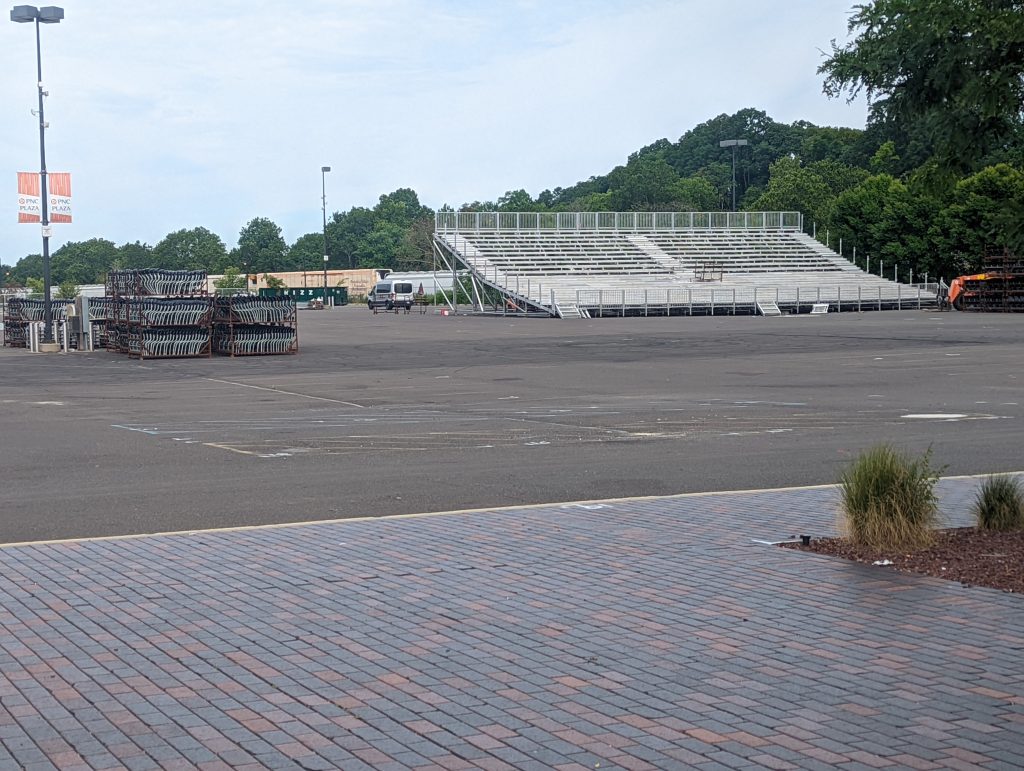