“This ruling may well shape the way that the federal courts interpret other federal statutes that outlaw discrimination based on sex.”

The U.S. Supreme Court’s ruling on Monday that a federal civil rights law protects American workers from discrimination on the basis of sexual orientation and gender identity will have an immediate impact in Pennsylvania, where such protection is not firmly enshrined in state law. But it could also have a broader impact, potentially affecting how both state and federal courts will interpret existing anti-discrimination statutes and spurring new legislative efforts to bring Pennsylvania laws in line with the reasoning in the federal ruling.

The Supreme Court held that because Title VII of the Civil Rights Act of 1964 forbids employment discrimination on the basis of sex, it necessarily prohibits discrimination on the basis of sexual orientation and gender identity because the traits or actions that characterize someone who is gay or transgender would not be questioned if exhibited by someone of a different sex.

“An employer who fires an individual for being homosexual or transgender fires that person for traits or actions it would not have questioned in members of a different sex. Sex plays a necessary and undisguisable role in the decision, exactly what Title VII forbids,” wrote Justice Neil Gorsuch, the Trump appointee who authored the 6-3 majority opinion. “Just as sex is necessarily a but-for cause when an employer discriminates against homosexual or transgender employees, an employer who discriminates on these grounds inescapably intends to rely on sex in its decisionmaking.”

The Civil Rights Act of 1964 applies to almost all Pennsylvania employers with at least 15 employees. Separately, the Pennsylvania Human Relations Act (PHRA) covers employers with at least four employees and also provides protections in housing and public accommodations. While the PHRA does not list sexual orientation and gender identity as protected classes, in 2018, the Pennsylvania Human Relations Commission released guidance that interpreted sex to include the broader protections.

Commission Chairman Joel Bolstein said the Supreme Court’s decision vindicates the commission’s interpretation and will have implications beyond the employment context.

“I simply don’t see how one could define the word ‘sex’ as it appears in the PHRA to mean one thing in the employment context, but something completely different in complaints involving housing, education and public accommodations,” said Bolstein. “As a result, I believe that the Supreme Court’s decision will have an even wider reach in Pennsylvania.”

Pennsylvania Human Relations Commission Executive Director Chad Dion Lassiter said that while, in practical terms, the PHRC had already reached the place the Supreme Court did today, he hopes the Supreme Court ruling will provide Pennsylvanians who have been victims of discrimination added confidence to report it. No state court has contradicted PHRC’s guidance since it was issued, said Lassiter, but now the U.S. Supreme Court has affirmatively upheld the logic PHRC used.

“This has the potential to let those who are faced with discrimination in housing, employment, and public accommodations to know that, with this Supreme Court ruling, there is a stronger argument that we can provide advocacy, agency, and protection for them under the law,” he said.

Tobias Barrington Wolff, the Jefferson Barnes Fordham Professor of Law at University of Pennsylvania Law School and a former adviser to President Obama’s presidential campaign on LGBT issues, said, in addition to influencing how courts read state law, the Supreme Court’s ruling could necessitate changes to other federal laws that prohibit discrimination on the basis of sex.

“This ruling may well shape the way that the federal courts interpret other federal statutes that outlaw discrimination based on sex — for example, the Affordable Care Act, the Federal Fair Housing Act, and Title IX of the Education Amendments of 1972,” said Barrington Wolff. “Courts will have to look at the specific language of those statutes to determine whether the Court’s reasoning applies, but federal courts have often looked to Title VII for guidance in applying these other statutes and there is reason to expect that they will do the same here.”

It could have implications for how courts interpret state laws too, but the effects would be more indirect. The federal ruling does not automatically mean that a Pennsylvania statute prohibiting discrimination on the basis of sex would also prohibit discrimination on the basis of sexual orientation, though Barrington Wolff said Pennsylvania courts would be “well advised to look at those arguments carefully.”

Democrats in the Pennsylvania legislature said today’s ruling ought to be a clarion call to galvanize support for a comprehensive anti-discrimination law.

State Rep. Dan Frankel (D-Allegheny) has introduced legislation to forbid discrimination on the basis of sexual orientation and gender identity in every legislative session since 2001. The legislation made it out of committee just once — in 2007 — but Democratic leaders, who were in the majority at the time, stacked the bill with amendments that made it unpalatable to the caucus, and it failed, Frankel said.

The bill has not made it out of committee since, and, at present, House Bill 1404 — the legislation’s current iteration — has been sitting in the House State Government Committee without a vote since May 2019. State Rep. Garth Everett (R-Lycoming), who as chairman of the committee plays an outsize role in determining what comes up for a vote in his committee, said in an email: “At this point, I do not have any plan to consider the bill. Going forward, I will judge the desire of committee members and members of the House to address this issue … We have many other issues in State Government to deal with and we’ll have to see where this ranks with those other issues.”

Frankel said the ruling takes a giant step forward, but it still does not completely protect LGBT people from discrimination in Pennsylvania. He said it will be a “heavy lift” to pass legislation this year in the Republican-controlled legislature, but he thinks this will be an issue on voters’ minds come November that could help move the needle towards a Democratic majority.

“While this decision is a monumental decision by a supermajority of the Supreme Court, which I was really gratified to see, the fact of the matter remains that it only deals with employment, and discrimination is prevalent in other spheres of life that are still, even with this decision at the national level, are permitted in the state of Pennsylvania until we pass a comprehensive non-discrimination act,” said Frankel. “I’m hoping maybe this opens doors to get that done.”

House GOP spokesperson Mike Straub said that the decision affirms the chamber’s patience in letting the Supreme Court rule first. While he did not say whether the GOP majority would take up LGBT protections, he did not rule it out either.

“We have never hesitated to say that discrimination, in any form, is wrong,” said Straub. “Constructing a law in conformity of the Court’s ruling is certainly possible but may not be necessary. We will take a close look at how the ruling impacts our existing state laws. However, if there are further efforts to amend the existing federal protection laws, they must recognize, as the courts did today, that federal law provides for specific and certain protections for sincerely held religious beliefs.”

The Supreme Court did note in its ruling that the 1993 Religious Freedom Restoration Act prohibits the federal government from burdening a person’s religious exercise unless doing so is the least restrictive way to further a compelling government interest, and suggested the RFRA could have implications on some Title VII claims.

Senate Minority Leader Jay Costa (D-Allegheny) said codifying protections into state law ought to be a priority for the legislature.

“Today’s decision from SCOTUS offers protections just in the workplace. It does not include housing or public accommodations which are other areas where our LGBT friends have faced discrimination. In previous sessions we have not seen support from our Republican colleagues, but we hope this year could be different,” he said.

Last month, state Rep. Malcolm Kenyatta (D-Philadelphia), the first openly gay person of color to serve in Pennsylvania state government, sponsored an amendment to enshrine protection for LGBT workers at sportsman’s clubs and pledged to attach similar amendments in piecemeal fashion to a range of bills until such protections exist everywhere.

“There’s still going to be stuff for us to do, but this is a huge moment for celebration,” Kenyatta added. “I think the takeaway from this is that the court has validated what really has been an American ideal that we’ve never lived up to, this ideal that we’ve been created equally. Now the Supreme Court is saying we all have to be treated equally. This is an incredibly powerful day.” 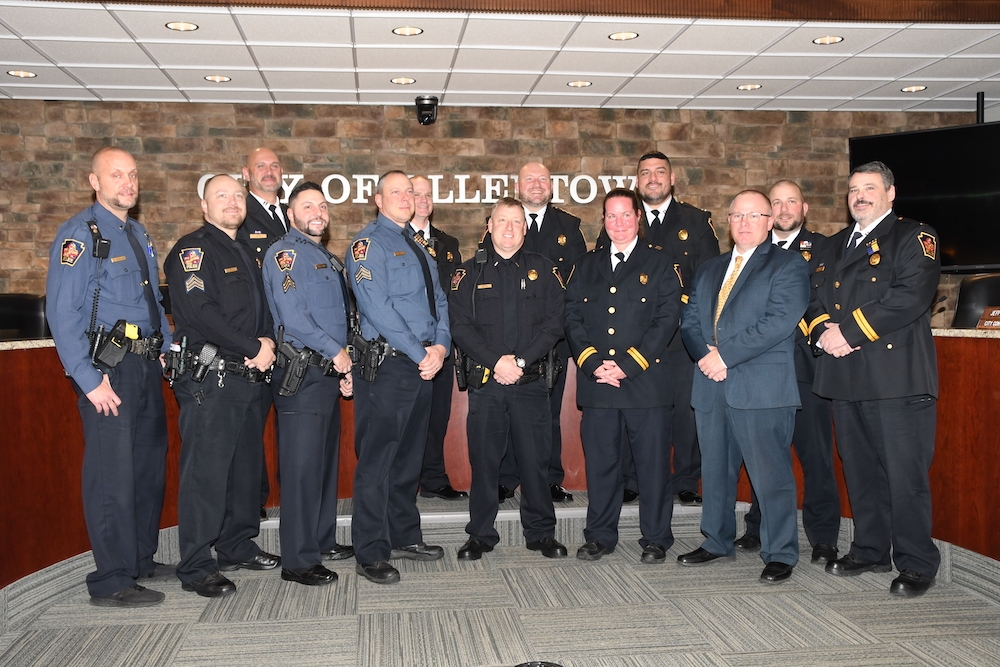